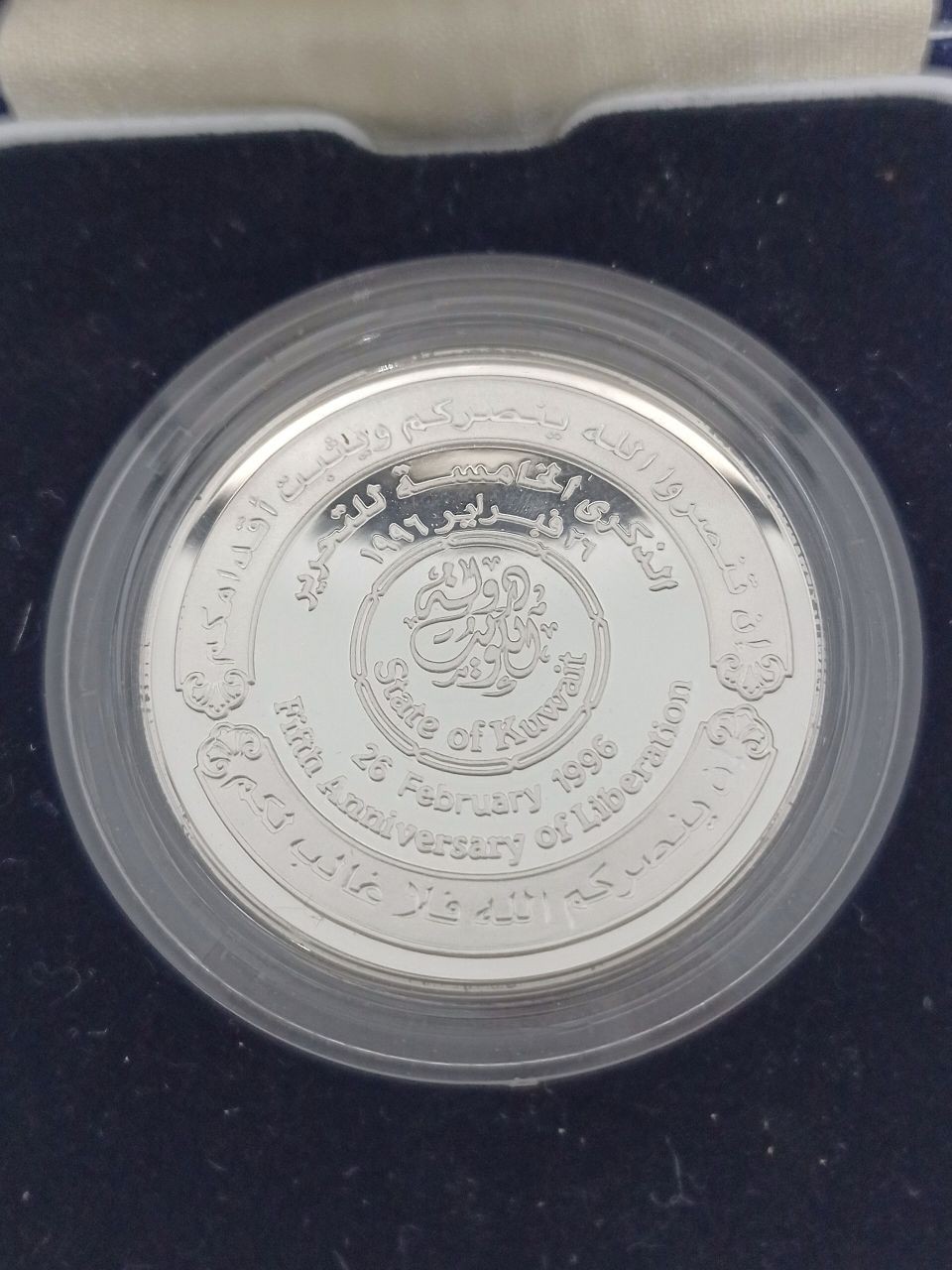 The fifth anniversary of the liberation of Kuwait, February 26, 1996

1- Decorations inside the vicinity of the commemorative coin 2- Writing the phrase (State of Kuwait) in both Arabic and English 3- The fingerprint of the martyr approved by the martyr’s office in the center of the face 4- The phrase supplication (O Allah, have mercy on our martyrs, and unleash our families' bonds) in Arabic 5- The date of issuance of the coin (1996) in the English language

0 reviews for The fifth anniversary of the liberation of Kuwait, February 26, 1996