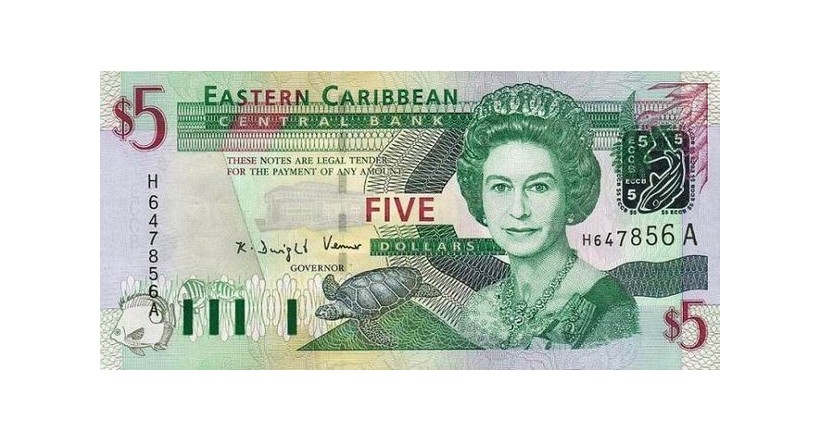 East Caribbean dollar (currency symbol xcd) is the currency used by eight of the nine member states of the Organization of Eastern Caribbean States. It has existed since 1965, and is abbreviated usually with the dollar sign $ or instead of This is EC $ in order to distinguish it from other currencies called dollars.

The exchange rate is 2.7EC $ = 1 USD. As a result of its low exchange rate and formal similarities, some swindlers in Canada used the 25-cent coin instead of a quarter of a dollar.