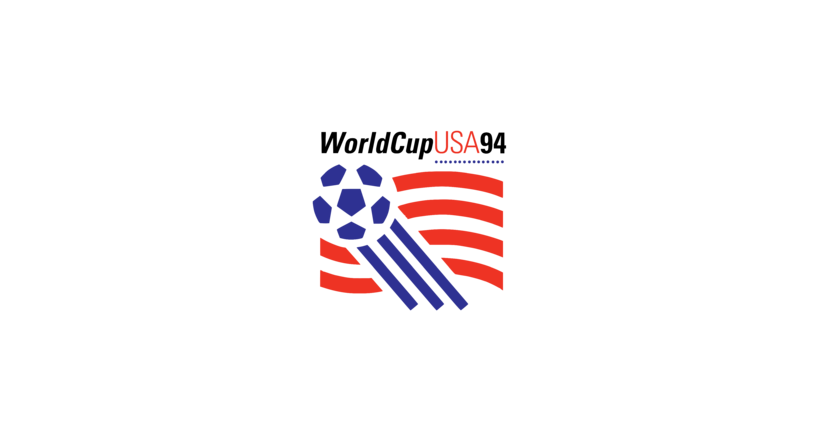 The 1994 FIFA World Cup was held in the United States of America . The host country was announced on July 4, 1988 in Zurich , Switzerland .  At the expense of Morocco , Brazil and Chile . Saudi Arabia qualified for the first time in the history of the World Cup competitions, and was able to provide the level of Musharraf during which he qualified for the round of sixteen,  but came out after losing from Sweden team 3-1, making the Saudi team the second Arab team to qualify for the last 16 In the history of Arab participation in the World Cup . The tournament has undergone many changes after the 1990 FIFA World Cup , which Catser considered one of the most boring tournaments due to a remarkably low goal scoring rate of 2.21, the lowest since the start of the World Cup .  addition, red cards were frequently used,  FIFA awarded the winner 3 points for two points,  and the law on returning the ball to the goalkeeper was changed by preventing the goalkeeper from holding the ball if returned. His teammates, and those changes were implemented starting with the 1994 FIFA World Cup Also, the tournament saw the participation of 24 teams for the last time before being changed to 32 teams starting from the 1998 FIFA World Cup ,  a record number of fans attended the competition, which amounted to 3.6 million spectators.  In addition, a new record of 69,000 per match was recorded,  breaking the previous record of 51,000 at the 1966 FIFA World Cup .  This tournament saw Norway return for the first time since the 1938 FIFA World Cup , after a 56-year absence, the longest period between two games, and only Egypt, who missed between the 1934 and 1990 tournaments.The 1994 FIFA World Cup Final was held on July 17, 1994 , at the Ross Ball Stadium in Pasadena , California , where more than 94,194 spectators attended,  brought together the two top teams, Brazil and Italy ,  A repeat encounter for the 1970 FIFA World Cup final . The match between the two teams saw the World Cup winners at the time, with both teams having three titles.  Brazil were able to win the title after beating Italy 3-2 on penalties after the original match ended in a goalless draw as well as extra time; the match ended after Roberto Baggio missed a penalty. Brazil became the most successful team to win the World Cup four times