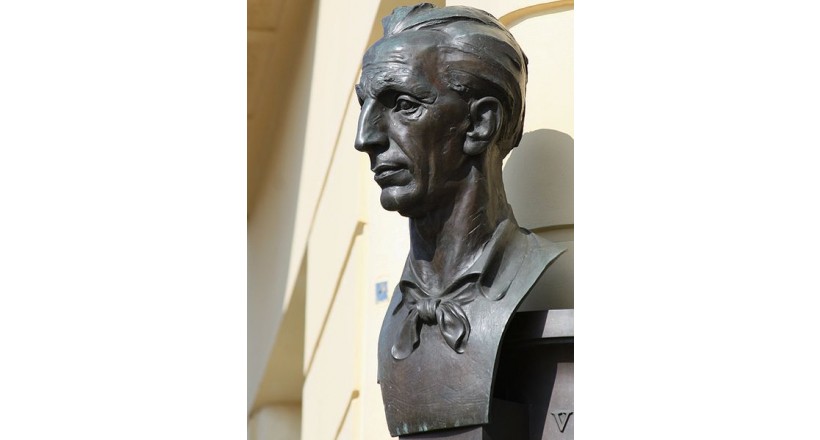 He was born in Prague in Vyšehradská Street as the second of three children of the watchmaker Alois Horejc (1853—1927) and his wife František, née Suchá (* 1859). (The youngest sister died prematurely, brother at age 36.)  At the age of fourteen, his parents brought him to a lithographic workshop, where after a few weeks he went to learn engraving (engraver of metal) and stranger at the Vocational School for Jewelers, Goldsmiths, engraver of metal and puncher in Prague. In his free time he attended courses of other crafts. From 1906 to 1910 he studied at the Prague School of Applied Arts under E. Novák, Stanislav Sucharda and Josef Drahoňovský . He worked as a plasterer in the decoration of new buildings to secure his finances.

In 1918 he was appointed professor at the School of Applied Arts and headed the studio for artistic metalworking. He retired in 1948, but remained artistically active. From 1943 to 1983 he lived and worked in Podskalí in house no. 386 / II on the corner of Trojická Street and Rašínovo nábřeží, where his memorial plaque with a bronze portrait bust is located. He was a member of the Prague Masonic Lodge Sibi et posteris

member of Artěl association (since 1909)

member of the Mánes Association of Fine Artists (since 1911)

member of the Union of Czechoslovak Works (since 1914)

In 1966 he was named a meritorious artist

He was the holder of the Order of Labor