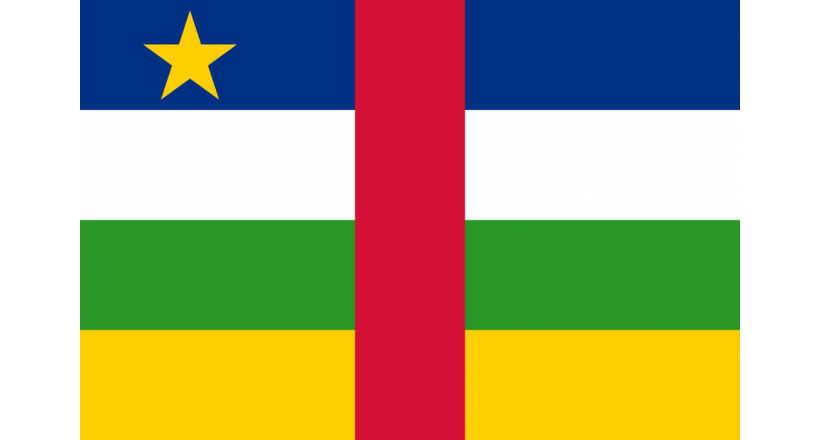 The Central African Republic ( French : République centrafricaine , and Sango : Ködörösêse tî Bêafrîka ) is a landlocked country in Central Africa . It is bordered by Chad in the north , Sudan in the northeast, South Sudan in the east, the Democratic Republic of the Congo , the Republic of the Congo in the south, and Cameroon in the west. It covers an area of ​​about 620,000 square kilometers (240,000 square miles) and has an estimated population of about 4.4 million as of 2008. The capital is Bangui .

France called the colony it carved out in this region in Oubangi-Chari , where most of these lands are located in the basins of the Oubangi and Chari Rivers. From 1910 to 1960, Cheka was part of French Equatorial Africa . It became a semi-autonomous territory under the French Republic in 1958 and then an independent state on 13 August 1960, taking its present name. For more than three decades after independence, the Central African Republic was ruled by unelected rulers who took power by force.

Multiparty democratic elections were first held in a car in 1993, with the aid of resources provided by the country's donors and the help of the United Nations . The elections brought Angie Felix Patasse to power, but lost popular support during his presidency and was overthrown in 2003 by General Francois Bozize , who went on to win democratic elections in May 2005.