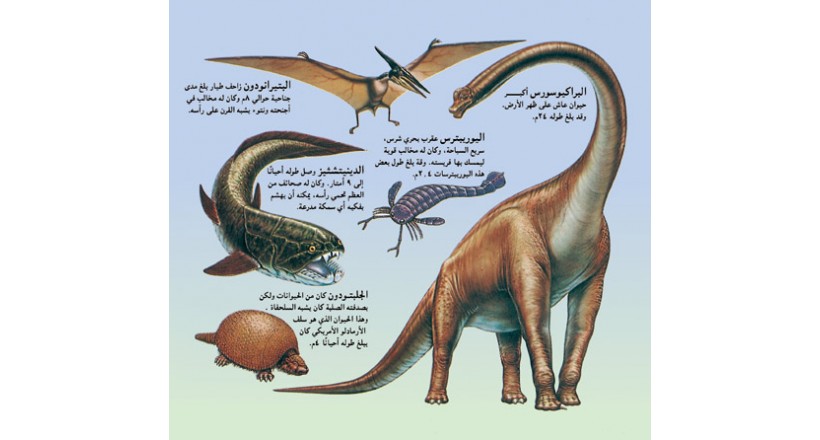 ANIMAL PRE-HISTORY ANIMAL PRE-HISTORY Any animal that lived 5,500 years or more, before people invented writing and started recording history. Some prehistoric animals resemble animals that live today, but others are unlike any of today's animals. Prehistoric animals included huge dinosaurs up to 24 m in length, flying reptiles with a wingspan of 12 m, and other exotic animals such as toothed birds with claws on their wings, fish covered with a bone shield and ancestors of trunk-sized elephants and pig-sized. But not all prehistoric animals lived at the same time.

The three eras are divided into shorter times. Different layers of rock formed in the earth's crust during each period. These rocks provide scientists with information on changes in land surface features and climate. From the rocks and fossils in it, researchers were able to identify animals that lived in every age.

When animal life began on Earth, it was different from what it is now, according to some researchers. Plants had not grown on bare rocky land, most of the mountains and valleys had not yet been formed, and the shallow seas covered much of the land. In these seas, flora and fauna emerged.

Conditions on Earth changed during the time when prehistoric animals lived. The land masses slowly crawled together and formed one huge continent, after which they split again. The mountains rose gradually and eroded afterwards. At various times, the seas rose and flooded large areas of land and then retreated. The climate changed alternately between warm and cold, rainy and dry, and new plants evolved to meet changing conditions. Animals responded to changes in plant life and land features by also slowly changing, and new animal populations emerged more suited to new conditions. Older groups became extinct, unable to survive due to changes in their environments. All these are the opinions and assumptions that some researchers see in the developments in the land.