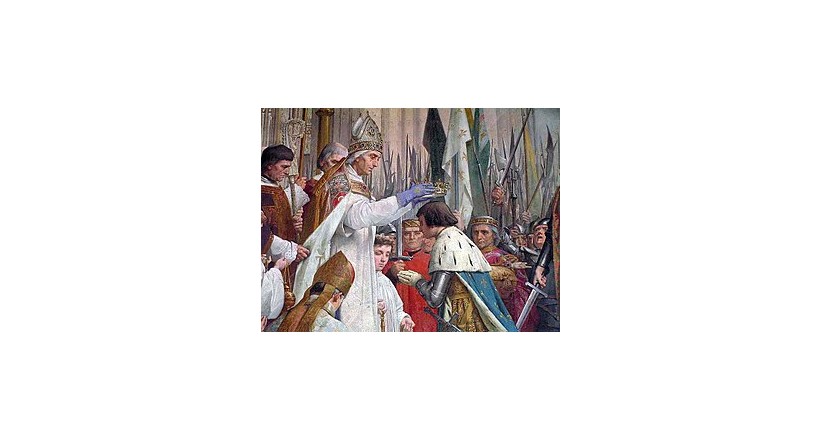 A coronation is the act of placement or bestowal of a crown upon a monarch's head. The term generally also refers not only to the physical crowning but to the whole ceremony wherein the act of crowning occurs, along with the presentation of other items of regalia, marking the formal investiture of a monarch with regal power. Aside from the crowning, a coronation ceremony may comprise many other rituals such as the taking of special vows by the monarch, the investing and presentation of regalia to the monarch, and acts of homage by the new ruler's subjects and the performance of other ritual deeds of special significance to the particular nation. Western-style coronations have often included anointing the monarch with holy oil, or chrism as it is often called; the anointing ritual's religious significance follows examples found in the Bible. The monarch's consort may also be crowned, either simultaneously with the monarch or as a separate event.