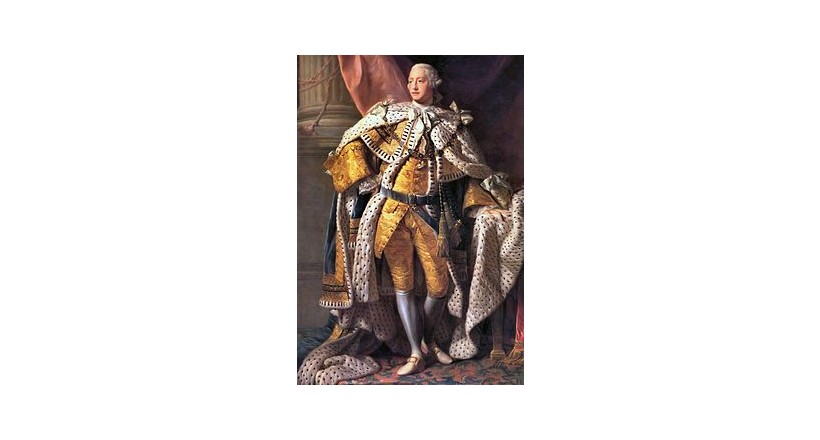 Kingdom of Ireland from 25 October 1760 until the union of the two states on 1 January 1801 , becoming King of the United Kingdom of Great Britain and Ireland until his death. He was also the Duke of Hanover and its elector prince in the Holy Roman Empire , before becoming King of the Kingdom of Hanover on 12 October 1814 . George III was the third British king from the House of Hanover , but unlike his predecessor, George III was born in Britain , spoke English as a first language , and never visited Hanover.

His reign was longer than any previous British king, and was characterized by a series of military conflicts in his kingdom in Europe, Africa, Asia and the Americas . The first of these conflicts was the Seven Years' War, which ended with the victory of his kingdom over France , becoming the dominant European power in North America and India . Nevertheless, Britain lost many American colonies during the American War of Independence . The conflict with the French rebels and Napoleonic France began from 1793 until Napoleon's defeat at the Battle of Waterloo in 1815 .

At the end of his life, George III suffered from recurrent mental disorder , which eventually became chronic. Doctors then puzzled him, and some suggested he had a blood disease called porphyria . George suffered a final setback in 1810 , becoming his eldest son George, Prince of Wales , and, after his death, his son officially succeeded him to become George IV of the United Kingdom .