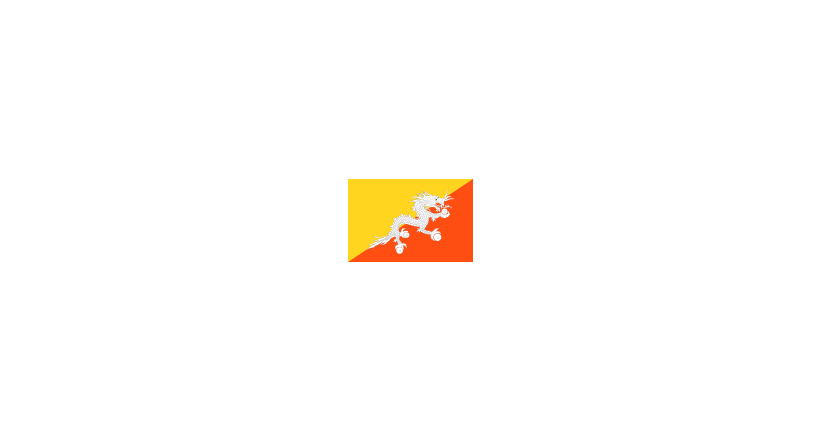 Bhutan , officially the Kingdom of Bhuta, is a landlocked country in South Asia. Located in the Eastern Himalayas, it is bordered by the Tibetan Autonomous Region of China in the north, the Sikkim state of India and the Chumbi Valley of Tibet in the west, the Arunachal Pradesh state of India in the east, and the Indian states of Assam and West Bengal in the south. Bhutan is geopolitically in South Asia and is the region's second least populous nation after the Maldives. Thimphu is its capital and largest city, while Phuntsholing is its financial center.

Bhutan's independence has endured for centuries. It has never been colonized in its history. Situated on the ancient Silk Road between Tibet, the Indian subcontinent and Southeast Asia, the Bhutanese state developed a distinct national identity based on Buddhism. Headed by a spiritual leader known as the Zhabdrung Rinpoche, the territory comprised many fiefdoms and was governed as a Buddhist theocracy. Following a civil war in the 19th century, the House of Wangchuck reunited the country and established relations with the British Empire. Bhutan fostered a strategic partnership with India during the rise of Chinese communism and has a disputed border with China. In 2008 Bhutan transitioned from an absolute monarchy to a constitutional monarchy and held the first election to the National Assembly of Bhutan. The National Assembly is part of the bicameral parliament of the Bhutanese democracy