Shilling of the Asturian 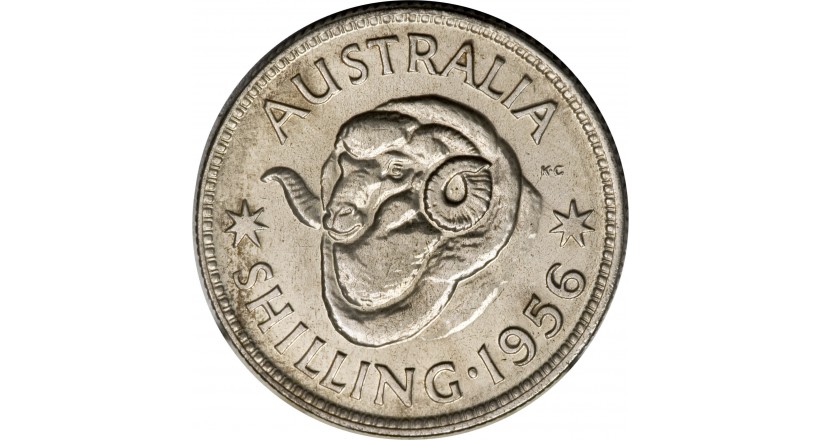 During World War II, between 1942–1944, shilling production was supplemented by coinage produced at the San Francisco branch of the United States Mint, which bear a small S below the ram's head.