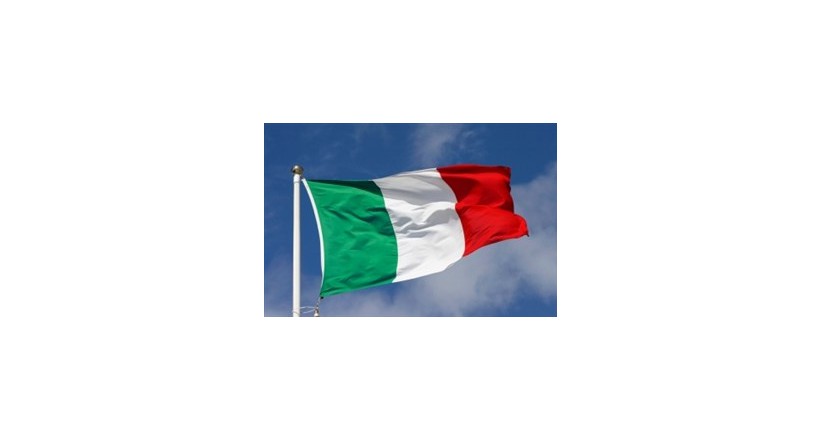 The Republic of Italy ( Italian : Repubblica Italiana ) is a country partly located in southern Europeon the Italian peninsula and also on the two largest islands in the Mediterranean : Sicily andSardinia . Italy shares the northern Alpine border with France , Switzerland , Austria and Slovenia .While within the Italian territory there are two independent states, San Marino and the Vatican City, and the Campione d'Italia in Switzerland. The Italian territory covers an area of ​​301,338 km 2 and is influenced by a moderate seasonal climate . The country has a population of 60,483,973 million , the sixth most populous country in Europe, and ranks 23rd among the world's most populous nations.

The lands now known as Italy were the cradle of European cultures and peoples such as the Etruscans and the Romans . For many centuries Rome was the political center of Western civilization as the capital of the Roman Empire . After the retreat of the empire, Italy was invaded by foreign peoples of the Germanic tribes such as the East and Lombard Goths, the Norman people, the Byzantines, and others. Several centuries later, Italy became the cradle of Renaissance  which was a very fruitful intellectual movement that proved its ability to shape the course of European thought later on.

During most of the country's post-Roman history, Italy was divided into many kingdoms and cities (such as the Kingdom of Sardinia, the Kingdom of the Sicily and the Duchy of Milan ), but the country united in 1861 after a turbulent period in its history known as " re-birth ." From the late 19th century and during World War I to World War II , Italy became a colonial empire , extending its rule to Libya, Eritrea , Somalia , Ethiopia , Albania, Rhodes and Dodecanesia , and gaining a franchise in Tianjin, China.

Modern Italy is a democratic republic. Ranked 18th in the world among the most developed countries, and ranked as one of the top ten in the world.Italy enjoys a very high standard of living and has a gross nominal GDP per capita . Italy is a founding member of what is now the European Union and the North Atlantic Treaty Organization (NATO) . It is also a member of the G-8 and G-20 . The country's nominal GDP is the seventh in the world while GDP (purchasing power parity) is in tenth place . [19] It also has the fifth largest government budget in the world .is also a member State of the Organization for Economic Cooperation and Development , the World Trade Organization, the Council of Europe and the Western European Union . Italy's defense budget is the ninth in the world and contributes to NATO's nuclear partnership plan .

Italy plays a significant military, cultural and diplomatic role in Europe and the world and contributes to international organizations such as FAO , WFP, IFAD, the Glocal Forum and the NATO Defense College based in Rome. The country's political, social and economic influence on the European arena has made it a major regional power alongside the United Kingdom, France, Germany and Russia.  Italy is also ranked in the 11th World Power Survey. level of public education in the country is high , the labor force abundant  and it is a globalized nation.  It also has the sixth best global fame in 2009 and ranks 19th in terms of average life expectancy . The health care system ranked second in the world in 2000, according to the WHO report. Italy was the fifth country in terms of visitors in 2007, with more than 43.7 million international visitors.  The country has a long tradition of arts, science and technology, including the largest number of World Heritage sites on the UNESCO list