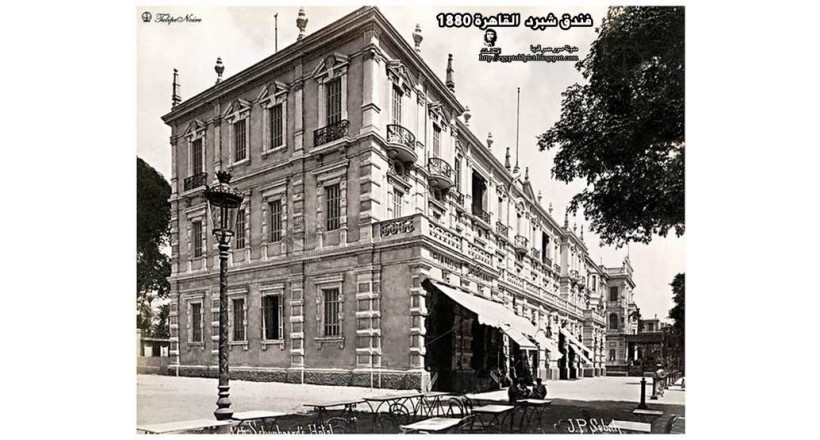 Shepard Samuel Shepard was founded on 21 January 1816 in North Hampton Shire, England. Shepherd arrived in Egypt aboard a naval vessel he was working on to Suez on January 30, 1842, and he has only 10 pounds in his pocket.

When the first Khedive Abbas Helmi came to power, the palace was given a gift to Samuel Shepherd on the basis of mediation by the Consul of England Charles Mery, as Nina Nelson wrote in her book: Shepherd Hotel. . Shepard presented to Khedive Abbas Helmi the first gift in response to his beauty were two dogs of the hunting dogs of the Grays Hound.

Shepard Hotel was opened at the end of 1841, which was then known as the "New English Hotel" and continued to hold this name until 1845 for the so-called "Shepherd Hotel". The establishment of the hotel witnessed a state of tourism and commercial tourism to Egypt, European Union to come to Egypt and stay there.

In 1845 it was called the Shepherd Hotel. Due to the distinguished service enjoyed by the guests of this hotel, Samuel Shepherd and his hotel acquired a global reputation, so that this hotel was the talk of the international press during the second half of the nineteenth century.
When the revolution of 23 July 1952 took place, the Egyptian Hotels Company moved the hotel to the most upscale neighborhoods of Egypt at the time. It was the Garden City neighborhood, where it chose the eastern bank of Cairo next to the Semiramis Hotel as the site of the new hotel and reconstructed it. It is the place where it is now

In 1957, the new building of the hotel was opened in the neighborhood which is today the embassy neighborhood near the US, British and Italian embassies and renewed in the late 1980s. Today it consists of 302 rooms as well as many different halls.