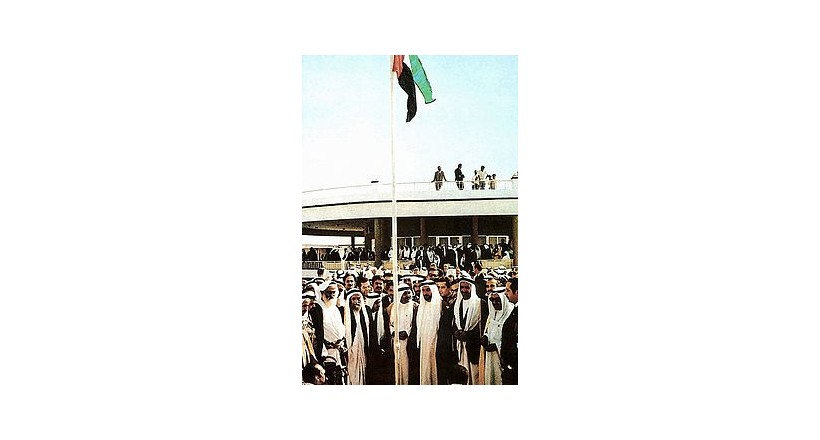 The UAE National Day marks the second day of December each year, when the United Arab Emiratescelebrates the anniversary of its federation, which was founded in 1971. The historic start of this federation was initiated by the rulers of the seven emirates, Sheikh Zayed bin Sultan Al Nahyan, Rashid bin Saeed Al Maktoum, Ruler of Dubai, Shaikh Saqr Bin Mohammed Al Qassimi, Ruler of Ras Al Khaimah, Sheikh Khalid bin Mohammed Al Qassimi, Ruler of Sharjah, Sheikh Mohammed Al Sharqi, Ruler of Fujairah, Sheikh Ahmed Al Mualla, Ruler of Umm Al Quwain, And their agreement on the union among them, where the Constitution was approved The state regulates and defines its objectives.
On July 18, 1971, rulers of six emirates of the Trucial States, Abu Dhabi, Dubai, Sharjah, Ajman, Umm Al Quwain and Fujairah, decided to form the United Arab Emirates. On December 2, 1971, an independent and sovereign federal state was officially declared. On February 10, 1972, the Emirate of Ras Al Khaimah announced its accession to the Federation to complete the seven Emirates contract in one frame, and then gradually merged with all its capabilities