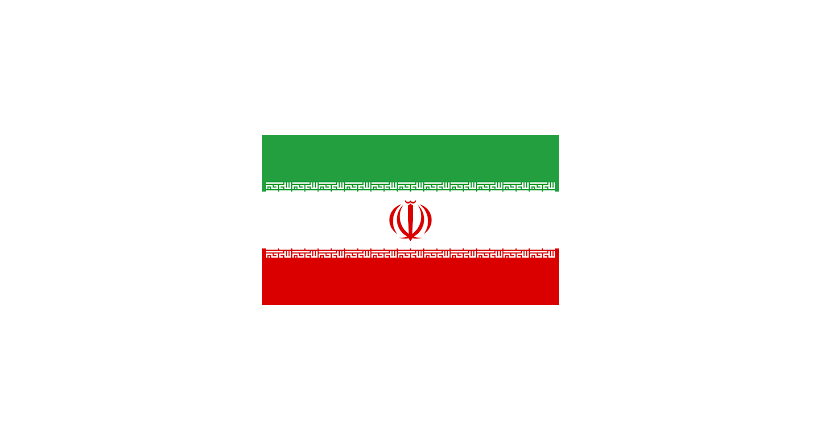 The Islamic Republic of Iran ( Persian : Iranian Islamic Republic ) is a state located inWestern Asia .  It is the second largest country in the Middle East in terms of population after Egypt with a total of 81 million people , as well as the second largest in the Middle East region after Saudi Arabia with an area of ​​1,648,195 km2, In terms of size, Iran has a geopoliticalposition, which makes it a meeting point for three Asian regions (Western, Central, and South Asia). It is bordered to the north by Armenia, Azerbaijan and Turkmenistan . Iran overlooks the Caspian Sea (an inland sea bordered by Kazakhstan and Russia ). It is bordered to the east by Afghanistan and Pakistan , from the south by the Arabian Gulf and the Gulf of Oman , to the west by Iraq and from the north-west by Turkey . Tehran is the capital , the largest city in the country and the political, cultural, commercial and industrial center of the nation. Iran is a regional power,  occupies an important position in international energy security and the global economy because of its large reserves of oil and natural gas . Where Iran has the world's second-largest reserves of natural gas and the fourth largest proven reserves of oil .

Iran is home to one of the oldest civilizations in the world.  first ruling dynasty formed in Iran during the Ayyamid kingdom in 2800 BC. The Medians united Iran in the empire of 625 BC. Later, the Iranian Achaemenid Empire , then the Hellenic Seleucid Empire and two subsequent Iranian empires, Parthians and Sassanids , preceded the Islamic conquest in 651 AD. During the reign of the Islamic state dynasties. Persian and Persian culture spread throughout the Iranian plateau . The Iranian dynasties confirmed early on Iranian independence, and these dynasties are the Tahirian state And the Safarian state, the Samanites and the Puehians .

Persian philosophy, literature, medicine, astronomy, mathematics and art influenced the Islamic civilization . The origin of Iranian identity despite foreign rule in the centuries that followed. The Persian culture was also adopted by the Ghaznavids , the Seljuks ,  and the Timorese before the rise of the Safavid dynasty in 1501, Of their empire, thereby setting an important turning point in Iranian and Islamic history.  Under the Persian Constitutional Revolution, the first parliament was established in 1906, as part of the constitutional monarchy . After the 1953 coup (instigated by Britain and the United States ), Iran gradually became a more authoritarian country.The growing opposition to foreign influence peaked during the Islamic Revolution that led to the establishment of an Islamic republic on 1 April 1979.

Iran is a founding member of the Organization of the Islamic Conference , the Non-Aligned Movement and OPEC . The political system in Iran, based on the 1979 Constitution, comprises many intricately interconnected administrative bodies. The highest authority in the state is the supreme leader, Islam is the official religion and Persian is the official language