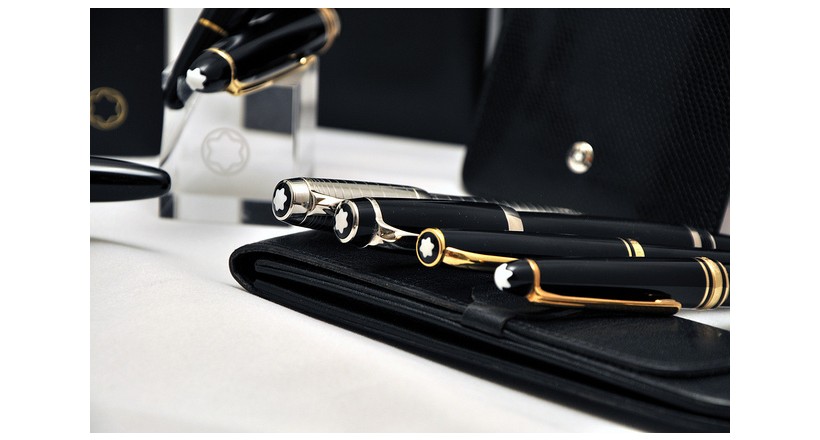 A pen is a writing instrument used to apply ink to a surface, usually paper, for writing or drawing .  Historically, reed pens , quill pens, and dip pens were used, with a nib dipped in ink. Ruling pens allow precise adjustment of line width, and still find a few specialized uses, but technical pens such as the Rapidograph are more commonly used.Modern types include ballpoint , rollerball , fountain and felt or ceramic tippens.

Ancient Egyptians had developed writing on papyrus scrolls when scribes used thin reed brushes or reed pens from the Juncus maritimus or sea rush.  In his book A History of Writing , Steven Roger Fischer suggests that on the basis of finds at Saqqara , the reed pen might well have been used for writing on parchment as long ago as the First Dynasty or about 3000 BC. Reed pens continued to be used until the Middle Ages , but were slowly replaced by quills from about the 7th century. The reed pen, generally made from bamboo, is still used in some parts of Pakistan by young students and is used to write on small wooden boards.