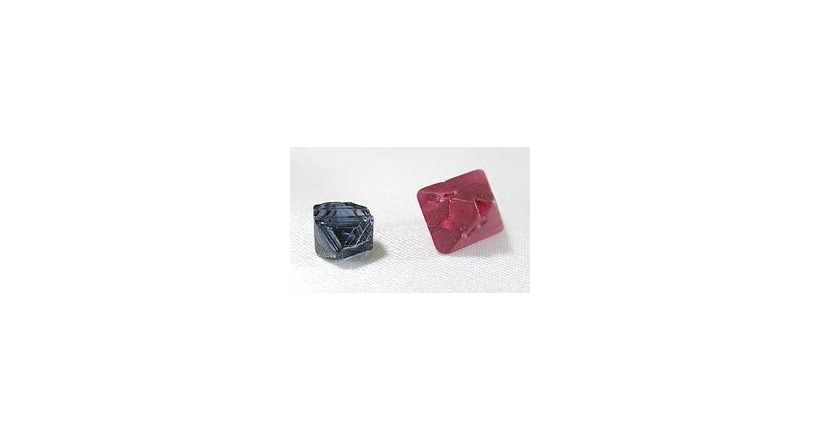 Spinel of precious stones long known. There are several colors of it such as blue, yellow, red, violet, carnival, green and black, and these colors cause a range of various metal impurities such as iron, chrome, zinc and copper. The spinel was previously known as Piaquat Palace.

The spinel is characterized by its high lightness, and remains unchanged for many years. But it may sometimes include precise crystals of several colors called "lightning" and often of magnetite, which is the iron oxide. Of course, this reduces the value of spinel because it needs a great effort to polish it, making it fit to become precious. The spinel hardness is 8 on a Mohs scale and weighs 3.5 to 4.1 in color, colorless, red, blue, green, yellow, brown and black. There was a kind of white and was extracted from what is now known as Sri Lanka but extinct and now ran out and was a superficial layer.

Spinel is found as a converted metal and also as an elementary metal in rare igneous rocks. In these igneous rocks, the alkali is lacking alkali associated with aluminum. An oxide can be a metal of the corundum or combine with magnesia and spinel. This is why spinel and sapphire are present in nature together.

Mp, Fe (Al, Cr 2O4), for example MgAl2O4, is commonly found in the peruitite at the top of the mantle between the mohaw and 70 km deep. Under this depth, spinel becomes increasingly rich in chromium with increased depth and the opium-rich agate becomes the most stable and stable alumonium metal. At the lowest depths of the Mohawk, LPG is the most stable and stable aluminum metal in the peruitite.