The interior of Al-Azhar mosque 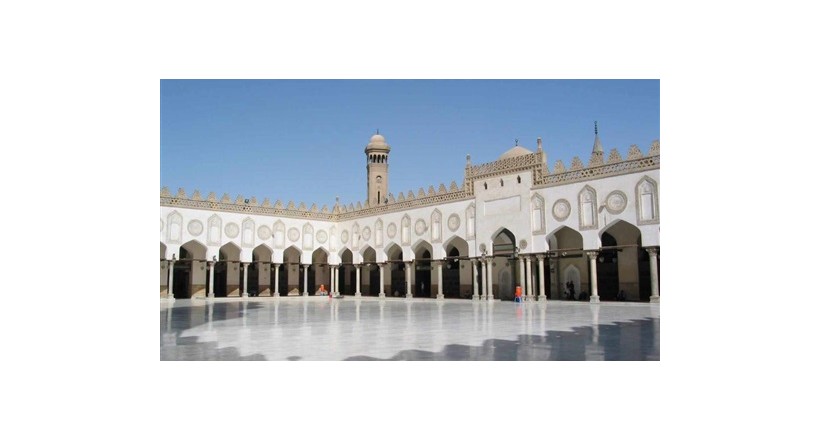 Al-Azhar Mosque is one of the most important mosques in Egypt and the most famous in the Islamic world, a mosque and university for more than a thousand years. It was established by Jawhar al-Saqli when it was opened in Cairo in 970 by order of the first Fatimid caliphs in Egypt. The caliph al-Mu'izz Laddinullah laid the foundation stone of al-Azhar mosque in 14 Ramadan in 359 AH - 970 AD and completed the construction of the mosque in the month of Ramadan in the year 361 AH - 972 AD it is the first Anchi mosque in the city of Cairo which gained the title of the city of the thousand minaret  The main entrance to the mosque is the entrance to the mosque, which leads to a courtyard of white marble on the opposite side of the main prayer hall to the north-east of Bab al-Muzainin. The courtyard surrounding the facade of the Akkabawi school is located in the southwest of the end of the courtyard. The Gate of the Soldier (Qaitbay Gate) built in 1495 stands above the Qaitbay minaret. Through this gate we find the site of the prayer hall. The mihrab was recently changed to a plain marble facing with golden inscriptions