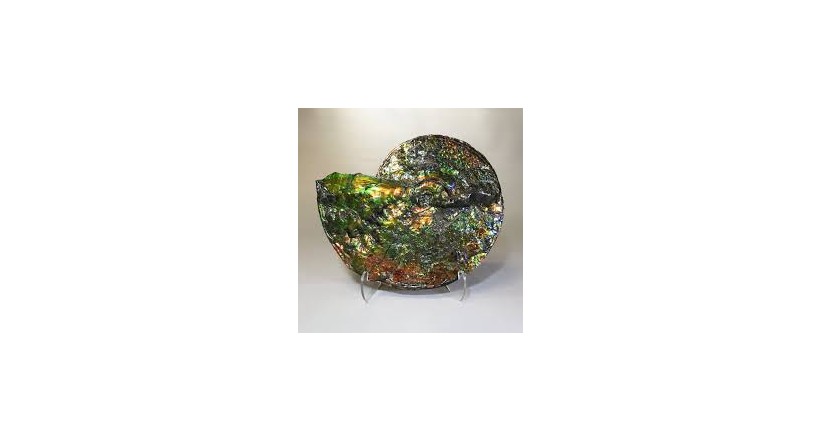 Amolite is the remnant of the giant fossilized aqueduct known as Ammonite. These creatures swim in the oceans from ancient times until the end of the Cretaceous period from 65 to 70 million years. Amolite is a very beautiful shellfish and is very similar to the opal with its beautiful color effects.
Extracted from the Alberta mines in Canada, it was classified by the International Colored Gemstone Commission (ICGC) in 1981 as a new clamshell stone, one of the world's rare precious stones.
The name Ammonite is derived from the ancient Egyptian Ammon name (name of the goddess) who believed in it.
The name Ammon is represented in ancient literature with the head of a ram with twisted horns resembling the giant amulets from which Amolite is extracted.
The Amolite legend dates back to the Blackfoot tribe in North America. Where Amolite was discovered by indigenous Indians and was used to ward off evil spirits.
Some Feng Shui masters (a science that originated in China from 3000 years ago) believe that Amolite works to absorb the cosmic energy of the universe and that it gives health to its owner. It is one of the high energy stones that promote harmony and vitality and change negative energy to positive