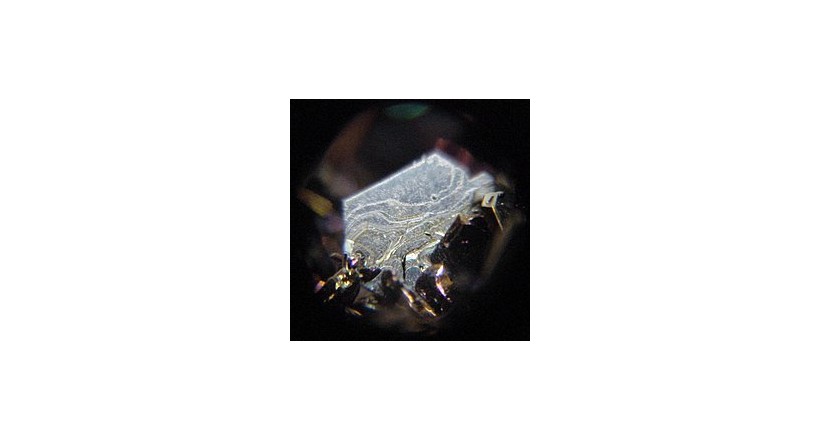 Moissanite is naturally occurring silicon carbide and its various crystalline polymorphs. It has the chemical formula SiC and is a rare mineral, discovered by the French chemist Henri Moissan in 1893. Silicon carbide is useful for commercial and industrial applications due to its hardness, optical properties and thermal conductivity. Efforts to synthesize silicon carbide in a laboratory began in the early 1900s

Mineral moissanite was discovered by Henri Moissan while examining rock samples from a meteor crater located in Canyon Diablo, Arizona, in 1893. At first, he mistakenly identified the crystals as diamonds, but in 1904 he identified the crystals as silicon carbide. Artificial silicon carbide had been synthesized in the lab by Edward G. Acheson just two years before Moissan's discovery.

The mineral form of silicon carbide was named moissanite in honor of Moissan later on in his life. The discovery in the Canyon Diablo meteorite and other places was challenged for a long time as carborundum contamination from man-made abrasive tools.