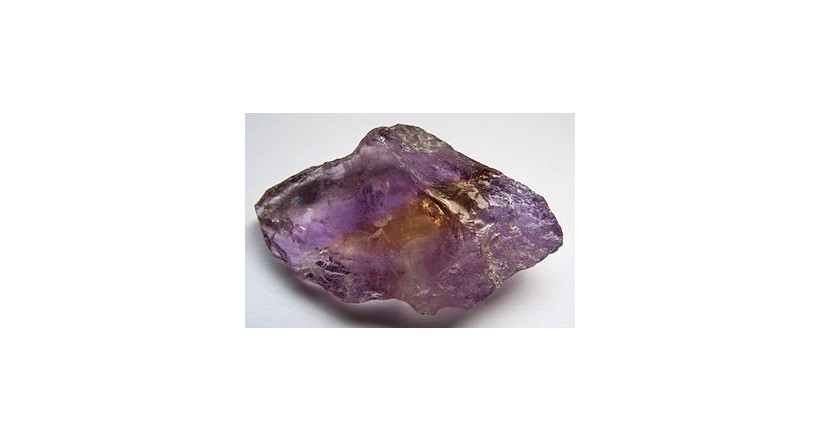 Ametrine, also known as trystine or by its trade name as bolivianite, is a naturally occurring variety of quartz. It is a mixture of amethyst and citrine with zones of purple and yellow or orange. Almost all commercially available ametrine is mined only in Bolivia.

Artificial ametrine can be created by differential heat treatment of amethyst.

Legend has it that ametrine was first introduced to Europeby a conquistador's gifts to the Spanish Queen, after he received a mine in Bolivia as a dowry when he married a princess from the native Ayoreos tribe.

Most ametrine in the low price segment can be assumed to stem from synthetic material. Since 1994, a Russianlaboratory has perfected the industrial production of bicolored quartz crystals that are later irradiated to bring out the typical ametrine colors. Green-yellow or golden-blue ametrine does not exist naturally.