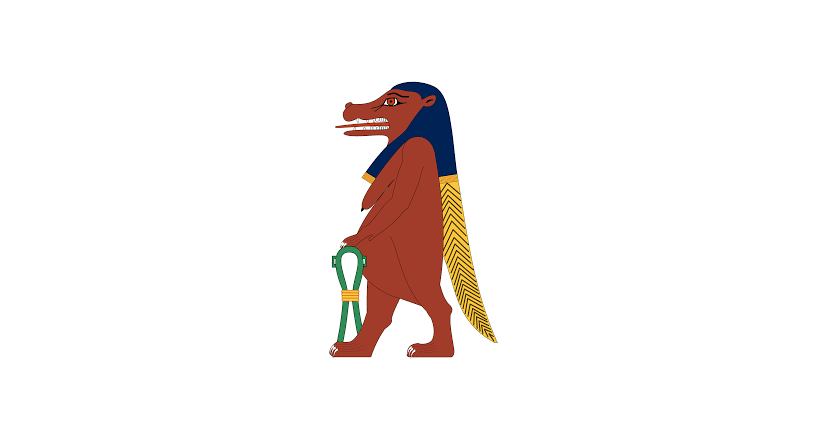 Agoddess takes the shape of hippopotamus worshiped under the name of "IPT" meaning " the hareem" or "Ta-weret" meaning the great one. It was believed in the daily birth of the sun. She was the protecting goddess for the pregnant and the baby as well, this is why its amulets were put in the tombs for helping the dead to reborn. She also symbolizes fertility and a patron for the pregnant mothers of gods, kings and the commoners.Many temples were dedicated to her in Thebes and Deir El Bahari.

This statue represented on the coin is one of the best in Egyptian art, made of the Egyptian blue glazed faience, 10 cm high, its body covered with flowers and water plants, and dates back to the middle kingdom 1900 BC. It is displayed now at the Egyptian museum in Cairo.