The Goddess Hathor (Goddes of Motherhood) 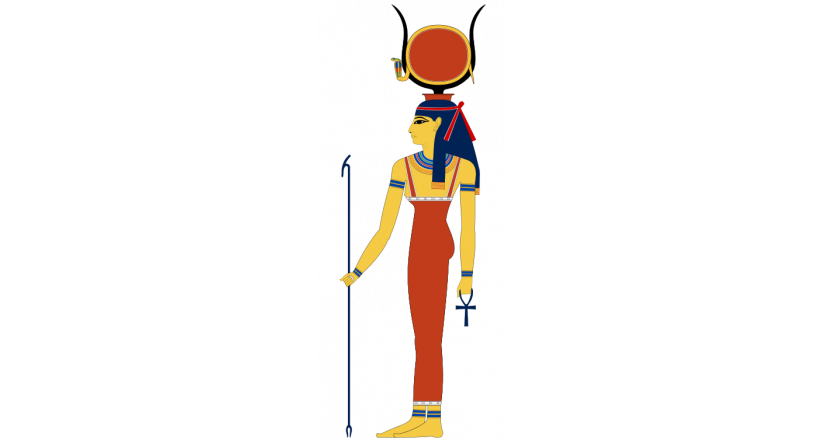 She was always depicted as a woman holding a sun disc between her cow horns or sometimes simply as a cow. Her name means "The House of Horus " or " The Place of Horus". In mythology she was the wet nurse of the God Horus, son of Isis and Osiris, then she was recognized as the Goddess of love, music, dancing, singing and drinking.

She was the Goddess of the turquoise mines in the Sinai as well. Her main cult centre was the city of Dandara where a beautiful temple for her was built. In the new Kingdome, the idea of the  seven Hathors was widely spread, fairy like creatures who look after every mother during her pregnancy, labor and decide the future of the newly born.