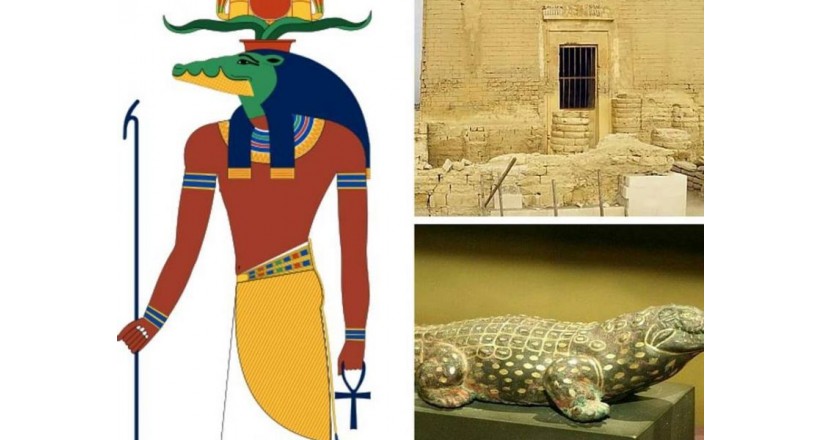 He was always depicted as a crocodile or a human with a crocodile head . his cult center was the city of Kom Ombo where his temple was built and called "The house of Sobek" , he was also the main God at the ancient city of  Crocodopolis in Fayoum where people used to keep sacred crocodiles. Herodotus stated that these crocodiles were worshiped, were decorated with gold and precious stones and many food offerings were given to them. They were also very well looked after when they were alive and when they died they were mummified and kept in special coffins . The Ancient Egyptians always connected the God Sobek to the Nile and their festivities were conducted during the flood times.