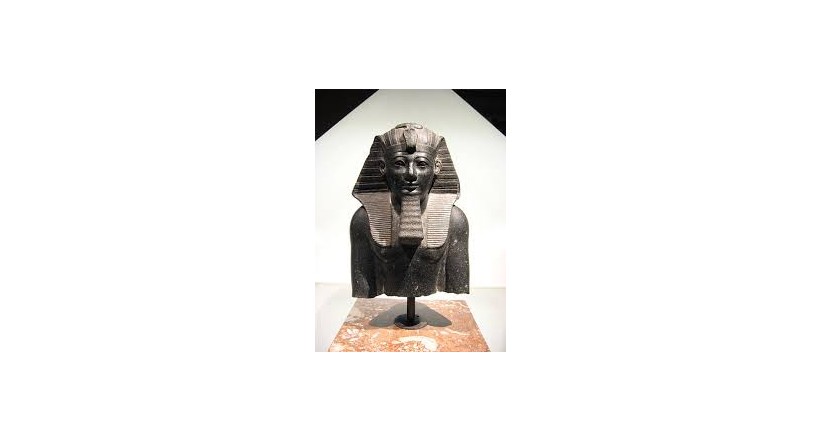 She is the daughter of king Thutmose I and Queen Ahmose, Thutmose III ruled Egypt after the death of his father Thutmose II , he was young of age and his mother in law Hatshepsut was a very ambitious and a very powerful woman, On the second years of his regin, she succeeded in keeping him away from state matters and put herself on the throne of  Egypt, then acted as the God Horus and represented him on earth, She called herself the son of Amoun and pretended to be a male, wore a man's attire and a man's false beard.

Queen Hatshepsut built for herself a tomb close to her father's tomb in the valley of the kings, she also ordered a huge temple cut out  in the  rocks of a big mountain on the West Bank of Luxor,and called it  the Sanctuary of Amoun. In  the seventh century, the Copts worshiped in this temple and called it  Dier El Bahary . The carvings in the walls of this temple show clearly the family dispute between the Queen and Thutmose III who later ordered the destruction of her statues and chiseled her face from the carvings on the  walls.

The picture on this coin shows what's left from a huge statue of the Queen made out of painted limestone and is 61 cm high, It was found at her temple at Dier El Bahary by the Metropolitan excavation team in 1926 AD and is now displayed at the Cairo Museum.