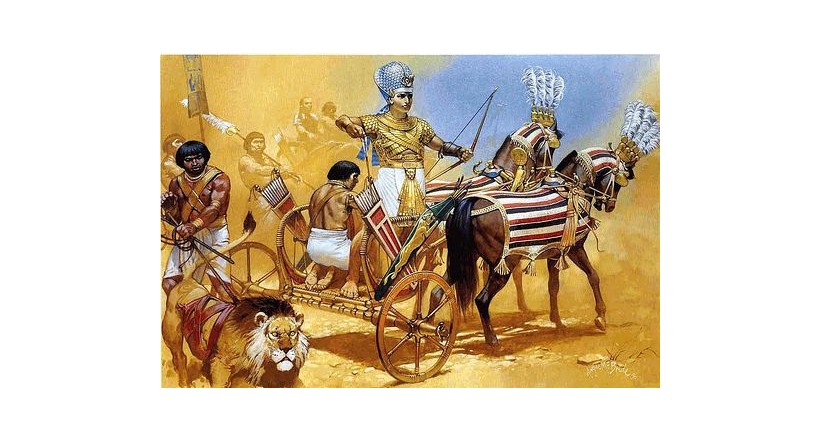 He led the Egyptian army into many wars and battles, the most famous of which was the battle of Qadish against the Hittites, That war lasted for almost 15 years and ended by signing a peace treaty between the two parties after which King Ranses II and the Hittite King Hatusilis III corresponded,also did Queen Nefertari and the Hittite Queen Botohiba .Ramses ended up marrying the daughter of the King Hatusilis III  and give her Egyptian name(Ma Hour Nefru Ra).

The picture on the coin shows the king riding his royal  chariot and fighting his enemies, this picture is also  shown in many Egyptian temples in Luxor, El-Karnak, Ramesuem and Abu Simbel.