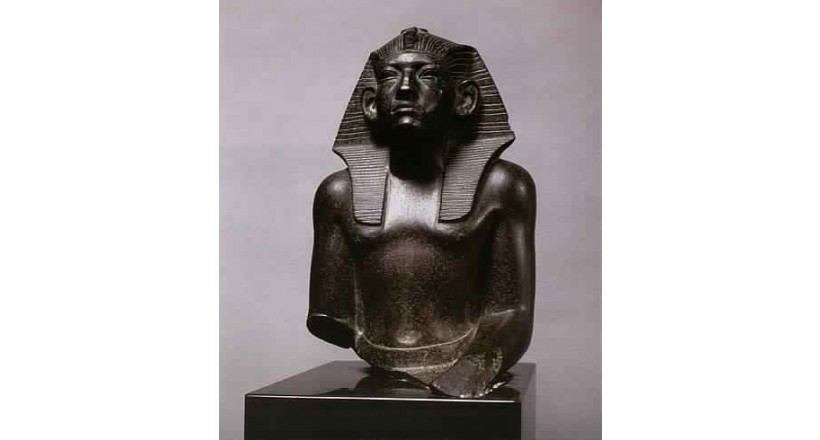 The sixth King of the 12th dynasty, he ruled Egypt for 47 years during which his dynasty and the middle Kingdom in general reached a high peak. He built two pyramids for himself, one at Dahshour and the other one is at Hawara near Fayoum. He also built a huge mortuary temple to the pyramid at Hawara which is called the labyrinth because of its size and the number of rooms and passages that were there. This King was worshiped during the Greek and Roman times and called Lamares in Greek from his Egyption name Ni Ma'at Ra. His statue that appears on the coin is made of granite, it is 60 cm high and was found at the Karnak temple cache. It is now displayed at the Egyptian Museum in Cairo.