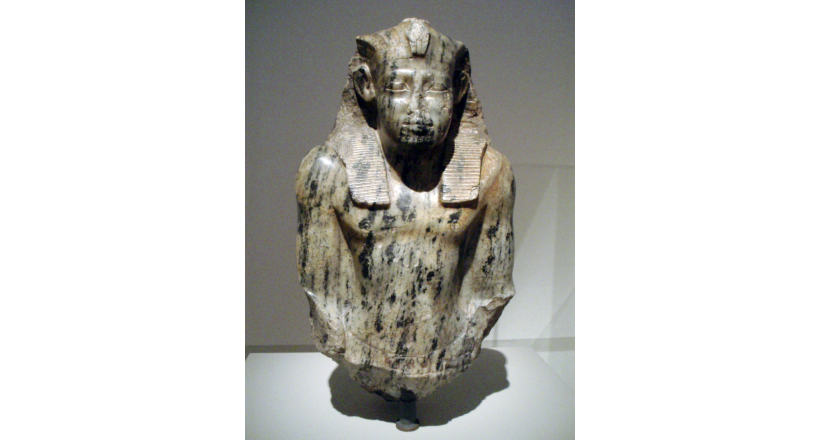 Second King of the Twelfth dynasty, son of King Amenemhet1 ,King Senusert laid down a systematic programme to renovate the temples from Tel Basta in the north to Elephantine in the south and erected new temples,obelisks and statues as well. He exploited the mines and quarries sending 1700 workers to Wadi Hammamat in his 38th regnal year and no less than 60 Sphinx like statues were erected beside another 150 ordinary ones. The King built his pyramid complex at Lisht in middle Egypt.

The scene depicted on the coin is the relief carving in the white compartment built by the king at El-Karnak Temple, he is seen facing the God Montu with the head of a falcon pointing the sign of life at him.