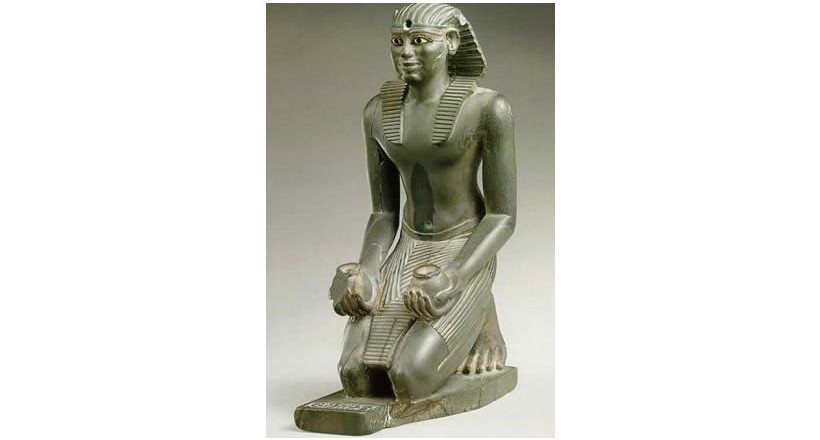 Third King of the sixth dynasty is son of king teti the founder of the dynasty and of queen Iput1. He built a modest pyramid in Saqqara called (Men Nefer) from which the name (Memphis) is derived. The statue depicted on the coin is made of greywacke stone and is 40 cm hight showing the king kneeling and offering two jars. The statue is now displayed at the Brooklyn Museum.