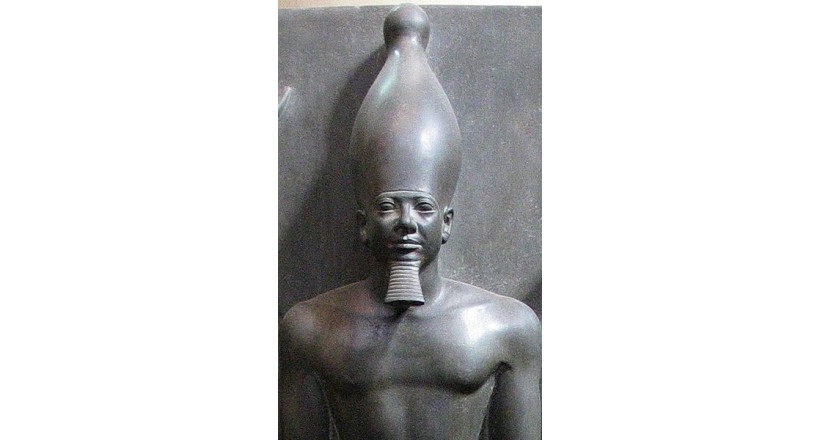 The sixth of the fourth dynasty and son of King Khafre , he built the smallest of the three pyramids of Giza. The tablet shown on this coin is made of  slate and was found by George Reisner in the valley temple in front of Sphinx . It is 95 cm in hight and shows the king standing between Goddess Hathor and the Goddess of the seventh nome in Upper Egypt with the sign of her name on top of her head while the king is wearing the crown of Upper Egypt.

The king's name and titleare written in accurate hieroglyphs. Some colors left on this tablet indicate that it was originally all colored. This piece is now displayed at the Egyption Museum in Cairo.