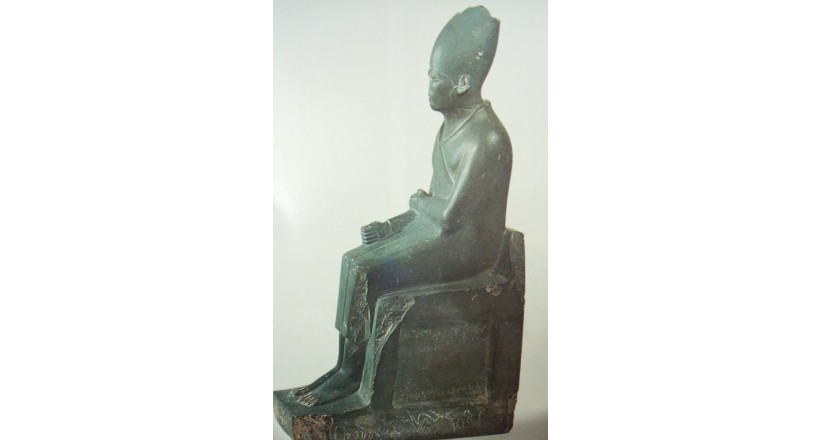 He is the last king of the secounddynasty,His name means the two powershave appeared that is the power of the God Horas and that of the God Set. During his reign Egypttook big steps forward in civilization, and stability, law and order were attained. He has a magnificent tomb at Abydos . His beautiful statue shown on this coin is made of schist stone. It is 56 cm hight and was found near the city of Edfu. It is currently displayed at the cairo museum.