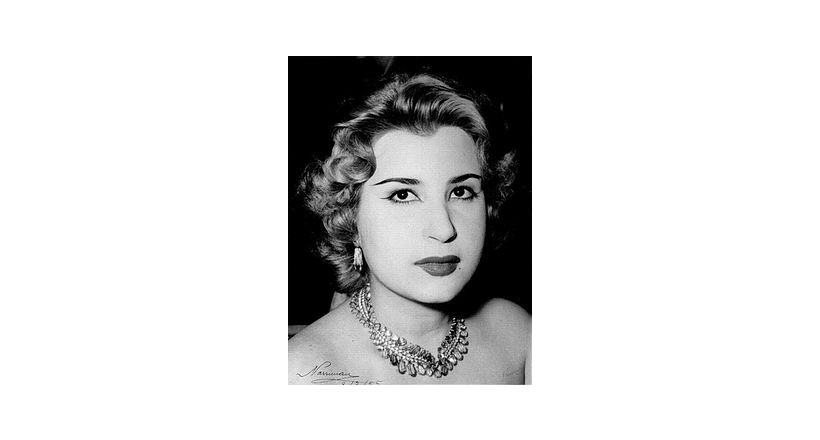 Nariman Hussein Fahmy Sadiq, best known by Queen Nariman (October 31, 1933 - February 16, 2005), the second wife of King Farouk I, and the mother of his sole crown prince, Ahmed Fouad, who assumed the throne when he was only six months old under a tutelage committee headed by Prince Mohamed Abdel-Moneim. She married Farouq and sat on the throne of Egypt next to him on May 6, 1951 AD. After King Farouk saw her in the place of jeweler Ahmed Naguib by chance or in prior arrangement. After she canceled her engagement to Dr. Muhammad Zaki Hashem who was working in the State Council, and Nariman sat on the throne Egypt for a period of 14 months began on May 6, 1951AD, and then ended with King Farouk abdicating the throne at the request of the people represented to lead his revolution on July 26, 1952AD. She left with him from Alexandria on the deck of the guarded ship on July 26, 1952 AD when he was deposed