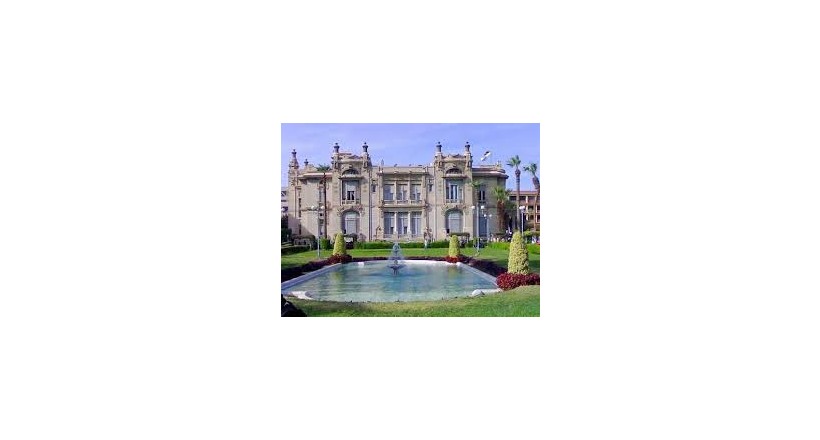 The Zaafarana palace is located in the Egyptian capital Cairo, near Abbasyia district at Khalifa Maamon Road. Now it is inside the main campus of the Ain Shams University.

It was one of the royal palaces and it is said that King Farouk was born in this palace.

The palace consists of three floors and was designed by the French educated Egyptian architect Moghri bey Saad .  and built during the regime of Khedive Ismail. The palace was so named because the area surrounding it was famous for saffron (in Arabic "zaafaran") plantations. The palace was used to host the administration offices of the Egyptian University when it was established in 1925. It was used by the Ministry of Foreign Affairs as a guest house for accommodating important visitors. The palace also witnessed the signing of the Anglo-Egyptian Treaty of 1936 and the founding of the Arab League in March 1945. Finally in 1952, it came to be used as the administrative headquarters of Ain Shams University.