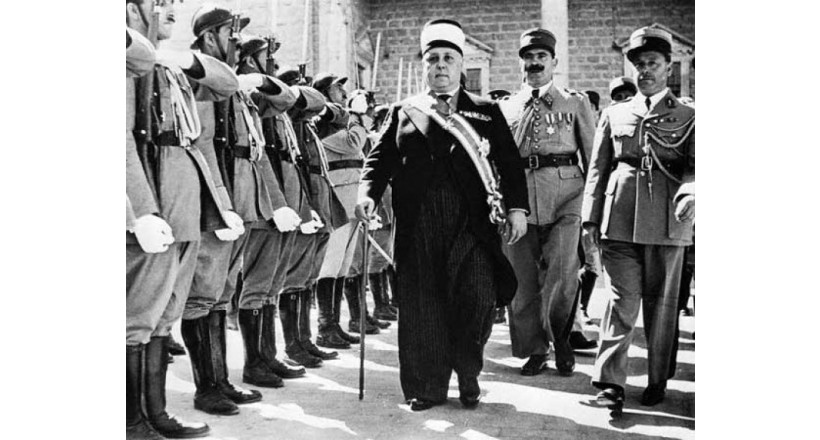 Taj al-Din al-Hassani (1885-1943) was the third president of the Syrian state between February 15, 1928 and November 9, 1931 and the Prime Minister of Syria after the proclamation of the republican regime between 16 March 1934 and 22 February 1936. The first Syrian president was appointed between 16 September 1941 and 17 January 1943, Syria, after the fall of Ottoman Syria. He was also the only cleric to hold high positions in the Syrian state. His father, Sheikh Badr al-Din al-Hassani, was a mufti and prominent scholar in Damascus in the late 19th century.

He was known for his closeness to France and his friendship with its commissioners in Syria,  and in particular with Charles de Gaulle during the 1940s. During his second term in office in June 1941, he declared his second independence.  His appointment as President of the Republic was "able to serve French interests, " However, Fares al-Khoury, one of the pillars of the national bloc, stated that the sheikh was" the enemy of God "in the demonstrations that led to Syria's demand for independence and the demise of the French mandate.  National leader. He died during his second term on January 17, 1943, thus becoming the first Syrian head of state to die during the exercise of his authority. In addition to his political activity, he has forty authors.

Although he and his father were born in Damascus, the roots of his family belong to Marrakech in Morocco.