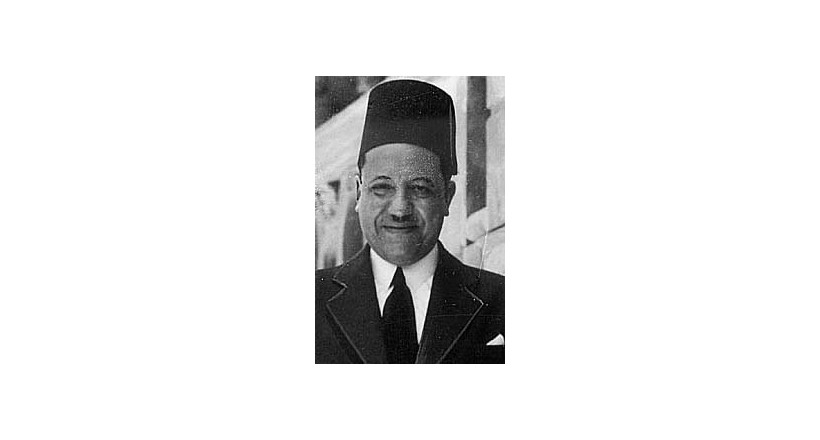 Makram Ebeid Pasha (25 October 1889 - 5 June 1961) was an Egyptian politician and thinker. He served as Minister of Transport and then Minister of Financed during period from 6/2/1942 to 26/5/1942 and from 9/10/1944 to 15/2/1946  in Egypt. He was one of the symbols of the national movement in Egypt. He was part of the delegation accompanying Saad Zaghloul Pasha. The island of Malta and returned after the revolution of 1919, and one of the most prominent symbols of the Wafd Party after its establishment in 1918, after the death of Saad Zaghloul took the post of secretary of the Wafd Party and was a member of the House of Representatives until 1946, and one of the thinkers of Egypt in the 1940s and fifties.

Makram Ebeid was born in Qena in Upper Egypt in 1889, studied law at the University of Oxford and received his doctorate in 1912. He served as secretary to the Egyptian fact sheet and then as a special secretary to the English consultant during World War I. He then worked as a lawyer, In 1919 he joined the Wafd Party, and in 1928 he was appointed Minister of Transport. In 1935 he became secretary-general of the delegation. After the 1936 Treaty, he was appointed Minister of Finance. He was appointed as Minister of Finance. He participated in the three ministries, Ahmed Maher and al-Nqrashi in 1946, after differences within the Wafd party decided to nose The establishment of the bloc and the Wafd presented a petition with Makram financial irregularities in the House of Representatives known as «Black Book», but caused later isolated from the House of Representatives and then arrested.

Makram Ebeid was a brilliant preacher who contributed to his strong mastery of the Arabic language. Makram Ebeid is also the owner of the idea of ​​trade unions and their formation. He is the first employer of workers in Egypt. He sets the minimum wage and provides social insurance for them. Introduction of the progressive income tax system, and died in 1961.