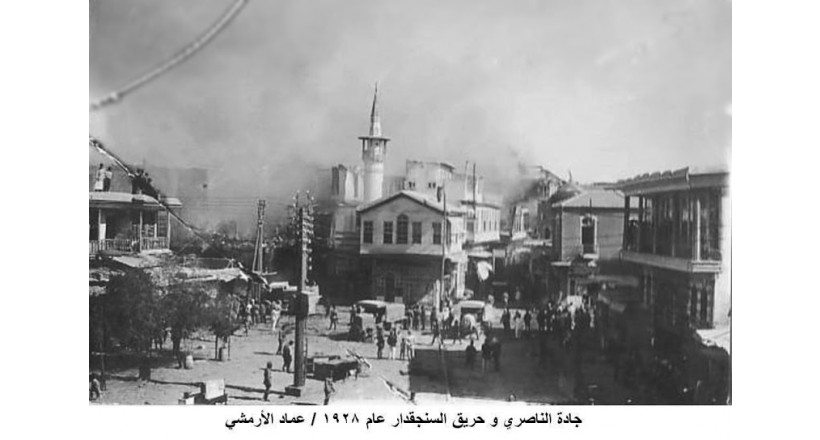 Damascus has been exposed over the years and years to tens of dozens of fires that came to the most important features of civilization and heritage. Such as the invasion of Damascus by Tamerlane, the French occupier and the burning of the Sidi Amoud region in 1925, and the fires that broke out in 1945 when the French bombed Damascus, including by the neglect of man and his lack of consciousness as the fire of the Umayyad Mosque in 1893, The cinema of Jenak Castle in 1916, and the fire of Sinjdar on 20/6/1928