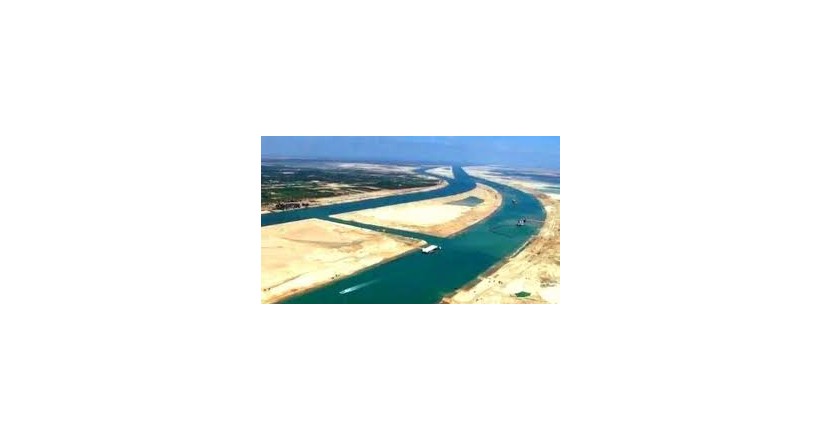 The new Suez Canal is a new canal for the Suez Canal from 61 km to 95 km (according to the kilometer-km number of the canal). Was inaugurated on August 6, 2015 with a length of 35 km, in addition to the expansion and deepening of the lakes lakes and the length of 37 km to the total length of the project 72 km from 50 km to 122 km. The new canal project aims to avoid the old problems of the Suez Canal from stopping the North convoy for more than 11 hours in the lakes of the Morsi, and allowing the absorption of the Suez Canal to the giant ships with a 65-foot plunge at a cost of $ 4 billion, which will increase the channel's income by 259% Who has this opinion?]. The drilling was carried out by the Engineering Corps of the Armed Forces, which used 17 national civil companies under its supervision