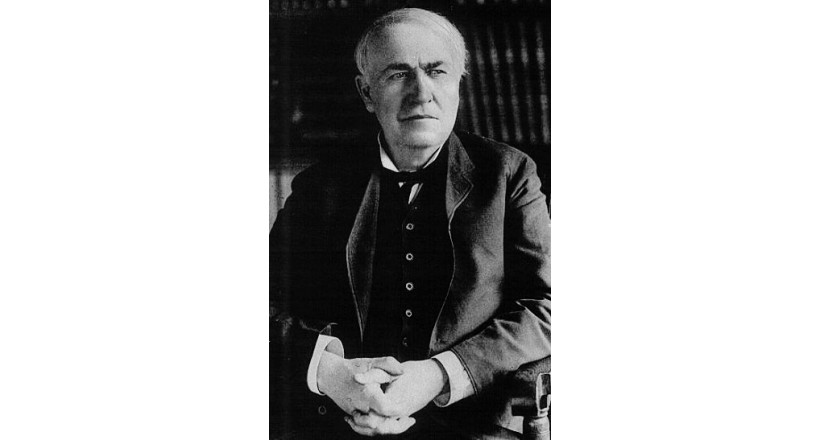 Thomas Alva Edison (1847-1931 AD) was an American inventor who was born in Milan, Ohio, USA. He only studied in state schools for three months. The school principal found him a dull, mentally retarded child! And his genius appeared in invention and the establishment of his own workshop, where he showed his amazing biography as an inventor, and among his inventions were the ballot recorders, the telegraph, the charcoal transmitter telephone, the microphone, the phonograph or the gramophone, and his greatest inventions the electric lamp, and many, and he produced in the last years of his life moving pictures, and worked during the First World War for the American government Edison recorded in his name more than a thousand inventions, which is an unbelievable number.