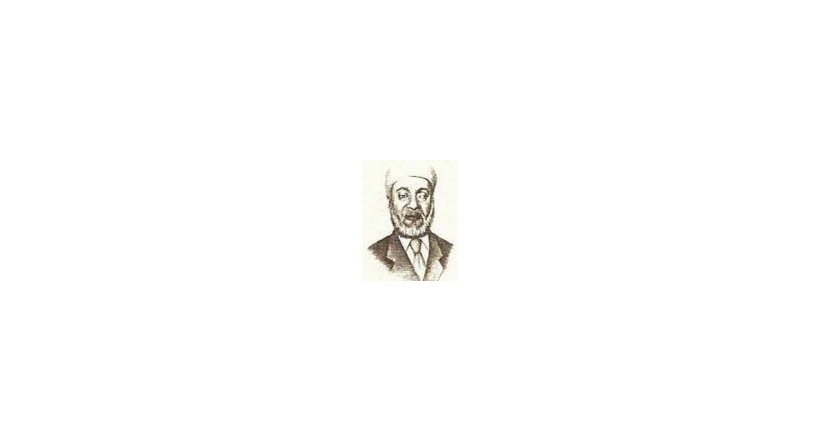 His birth and his life:

Sheikh Ali al-Ghayati was born on October 24, 1885 in Damietta, and he entered the book early and completed the memorization of the Noble Qur’an when he was eight years old and descended from the Prophet, may God’s prayers and peace be upon him. Ali Al-Ghayati joined the Damietta Religious Institute, then joined Al-Azhar Al-Sharif and became involved in Cairo in the affiliated national press For the National Party and in the national struggle in general against the English occupation and the tyranny of the Khedive, as he was repeatedly persecuted, and when he issued his first poetry collection under the title "My Patriot", which was presented to him by Muhammad Farid and Abdel Aziz Jawish, a collection of poems that broadcast patriotic spirit and mourn the occupation And the Khedive, when he issued this divan, the Egyptian government confiscated it and transferred the goals, Muhammad Farid and Abdel Aziz Jawish to trial, so Ali al-Ghayati was forced to flee to Turkey in 1910 AD, then from there to GenevaWhere he settled there and continued to continue his national struggle, he published the newspaper, Minbar Al Sharq, which focused on the affairs of the Islamic world and its struggle against colonialism.

Al-Ghayati grew up in these circumstances in the city of Damietta, and was a student at the religious institute there. He clashed with the administration of the institute, as he was dismissed because of his national activity, so he was forced to work as a teacher in private primary schools.

When he moved to Cairo, he enthusiastically participated in the patriotic work through the National Party, which was preparing at that time to ignite the revolution against the occupation, and took my goals to organize the fiery poems that incite patriotism, jihad and anti-colonialism and spread determination and enthusiasm among the masses, and he published these poems in The newspapers of the National Party that were published at that time, and he published many articles in various Egyptian newspapers such as the Egyptian newspaper Al-Jawaib, Al-Lewa and others, which angered the English authorities and the Khedive against him, so the authorities threw him in prison on charges of violating the recruitment law "Al- Qashlaq Al-Ahmar prison. " However, this matter did not change the position and toughness of the man, so he continued on the same patriotic line of struggle. Rather, his patriotic and militant tone against the occupation escalated, so he collected the poems he had published before and issued them in a collection under the title "My Patriot" in 1910 AD, and each of Muhammad FaridAnd Abdel Aziz wrote an introduction to this divan, but the authorities saw that this divan is not just poems, but rather strings of fire, shells and shells at the head of colonialism, so they transferred Muhammad Farid, Abdel Aziz Jawish , and Ali Al-Ghayati to trial, and my goals felt that the authorities were waiting for him. And that she will inevitably imprison him, especially as she controls the judiciary through foreign judges, so he disguised himself in an Effendi uniform and before that he always wore Azharite clothes and traveled to Turkey. After his travel, the court issued a verdict of imprisoning him for a year with work, and the ruling was in absentia, of course, as it was issued. The sentences against each of Muhammad Farid and Abdul Aziz Jaweesh, the first, shall be imprisoned for six months, with enforcement, and the second, for three months. Muhammad Farid executed the sentence in full and remained in prison for six full months.

As soon as Ali Al-Ghayati arrived in Turkey, he continued to contact his colleagues in the Egyptian national movement inside and outside Egypt and continued writing articles in Turkish and European newspapers in defense of his country's cause. He also wrote to many Egyptian newspapers, then moved to Geneva in 1911, where he settled there, continuing his struggle in Exile, and in the aftermath of the 1919 revolution , Sheikh Ali al-Ghayati published in 1922 CE the Manbar al-Sharq newspaper, one of the most important newspapers published by the man. .

In the years of exile, Menbar al-Sharq newspaper was not just a newspaper that published the news of the Egyptian, Arab and Islamic homeland, and defended the rights of Egyptians, Arabs, Muslims and Easterners in general, but was a forum for the leaders of this whole nation.

In Egypt, Menbar Al-Sharq newspaper continued to oppose the occupation and call for freedom, and it took an independent path, and it was not associated with one of the Egyptian parties during that period, and a clean and pure newspaper came out from every mistake and rises above every impurity and calls in etiquette and affection for every virtue.