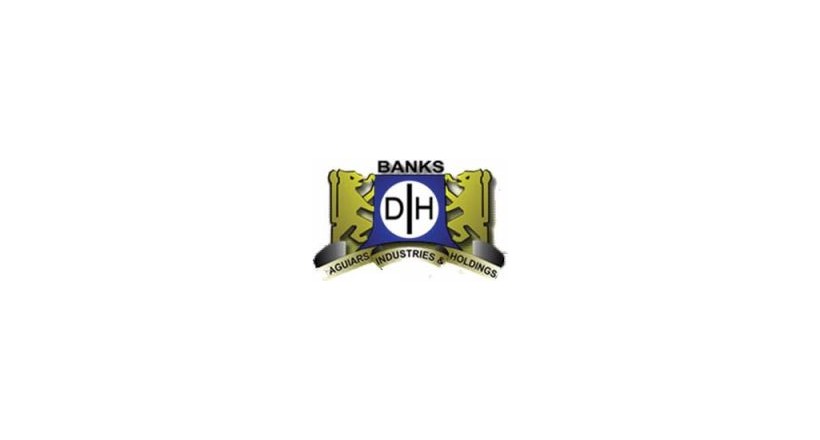 Banks DIH Ltd. is a publicly traded food and beverage in Guyana that can trace its origins back to 1840. It is one of the leading local manufacturers.

The company originates from a rum business founded in the 1840s by Jose Gomes D'Aguiar, which expanded into a chain of liquor stores. The business grew in 1885 with the addition of a Cocoa and Chocolate Factory and a Schooner Shipping Agency. In 1896 the four sons of the founder formed the D'Aguiar Bros partnership, and bought the Demerara Ice House (DIH). The building, which contained a hotel, soft drink plant and liquor bars, got its name from holding ice imported by schooner from Canada. The company got into difficulty, and in 1934, the year in which Peter D'Aguiar took over DIH from his father, the last of the four sons, the business was on the verge of bankruptcy.

Peter D'Aguiar placed greater emphasis on the core business of manufacturing soft drinks and rum, although the company retained retail outlets, bars and the hotel. The financial position gradually improved. In 1942 the company obtained the first Coca-Cola franchise in South America, and during the 1950s rum production also expanded. In 1955. Peter D'Aguiar promoted the publicly owned Banks Breweries Ltd. In 1966 D'Aguiar Bros. (D.I.H.) was floated as a public company, and it was merged with Banks Breweries in 1969 to form the present Banks DIH Ltd. Banks DIH was the first company to float shares publicly in Guyana. For a long time the capital market was small, only reaching US$10 in 1992. As of October 1993, Banks DIH had just 8,346 shareholders