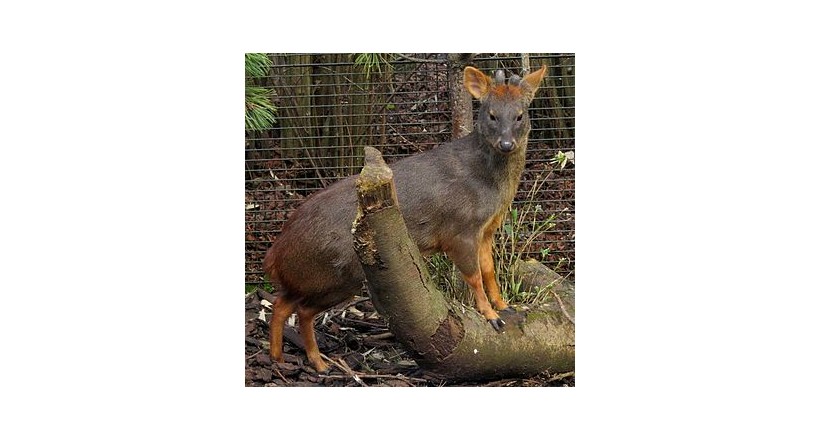 The pudús (Mapudungun püdü or püdu,Spanish: pudú, Spanish pronunciation: [puˈðu]) are two species of South American deer from the genus Pudu, and are the world's smallest deer.The name is a loanword from Mapudungun, the language of the indigenous Mapuche people of central Chile and south-western Argentina. The two species of pudús are the northern pudú (Pudu mephistophiles) from Venezuela, Colombia, Ecuador, and Peru, and the southern pudú (Pudu puda; sometimes incorrectly modified to Pudu pudu) from southern Chile and south-western Argentina. Pudús range in size from 32 to 44 centimeters (13 to 17 in) tall, and up to 85 centimeters (33 in) long. The southern pudu is currently classified as near threatened, while the northern pudu is classified as Data Deficient in the IUCN Red ListThe genus Pudu was first erected by English naturalist John Edward Gray in 1850. Pudua was a Latinized version of the name proposed by Alfred Henry Garrod in 1877, but was ruled invalid. Pudús are classified in the New World deer subfamily Capreolinae within the deer family Cervidae. The term "pudú" itself is derived from the Mapuche people of south-central Chile. Because they live on the slopes of the Andes Mountain Range, they are also known as the "Chilean mountain goat"