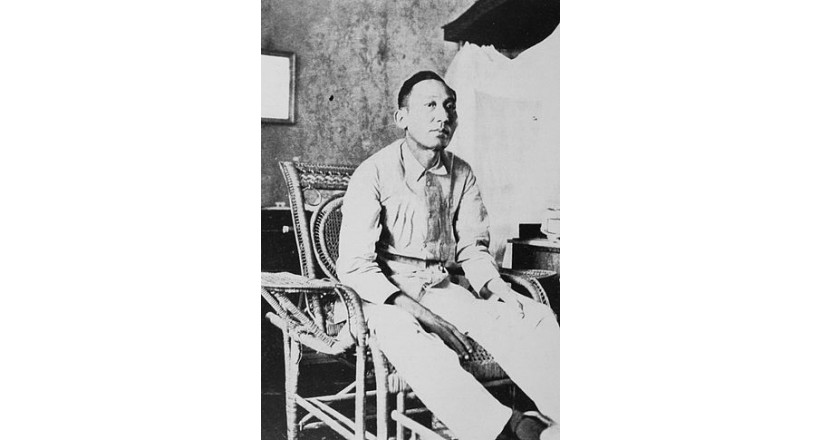 Apolinario Mabini y Maranan (July 23, 1864 – May 13, 1903) was a Filipino revolutionary leader, educator, lawyer, and statesman who served first as a legal and constitutional adviser to the Revolutionary Government, and then as the first Prime Minister of the Philippines upon the establishment of the First Philippine Republic. He is regarded as the "utak ng himagsikan" or "brain of the revolution".

Two of his works, El Verdadero Decalogo (The True Decalogue, June 24, 1898), and Programa Constitucional dela Republica Filipina (The Constitutional Program of the Philippine Republic, 1898) became instrumental in the drafting of what would eventually be known as the Malolos Constitution.

Mabini performed all his revolutionary and governmental activities despite having lost the use of both his legs to polio shortly before the Philippine Revolution of 1896.

Apolinario Mabini was born on July 23, 1864 in Barangay Talaga in Tanauan, Batangas. He was the second of eight children of Dionisia Maranan, a vendor in the Tanauan market, and Inocencio Mabini, an unlettered peasant.

In 1881 Mabini received a scholarship to go to the Colegio de San Juan de Letran in Manila. An anecdote about his stay there says that a professor there decided to pick on him because his shabby clothing clearly showed he was poor. Mabini amazed the professor by answering a series of very difficult questions with ease. His studies at Letran were periodically interrupted by a chronic lack of funds, and he earned money for his board and lodging by teaching children