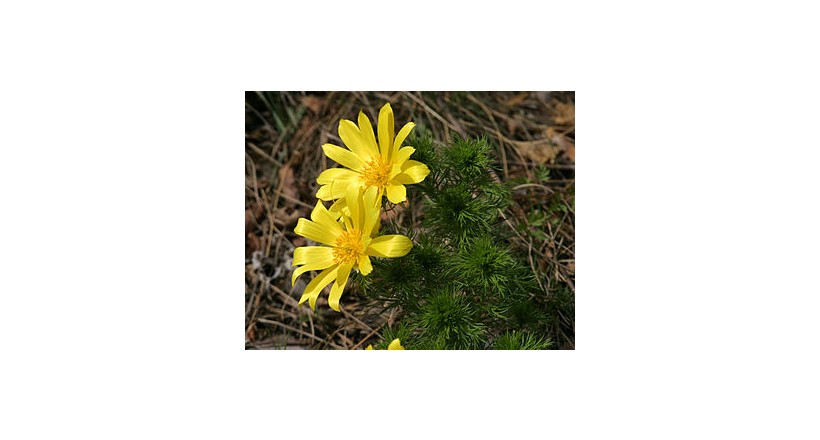 Adonis vernalis, known variously as pheasant's eye, spring pheasant's eye, yellow pheasant's eye and false hellebore, is a perennial flowering plant in the buttercup family Ranunculaceae It is found in dry meadows and steppes in Eurasia. Isolated populations are found from Spain in the west across Central Europe with fine examples in Valais, Switzerland, and southern Europe, reaching southern Sweden in the north and Abruzzo in the south, with its main area of distribution being the Pannonian Basin and the West Siberian Plain.In contrast to most other European Adonis species, the flowers appear in springtime, and are up to 80 mm in diameter, with up to 20 bright yellow petals.

The plant is poisonous, containing cardiostimulant compounds, such as adonidin and aconitic acid. In addition, it is often used as an ornamental plant. Infusions of the plant are used in the medicine Bekhterev's mixture.