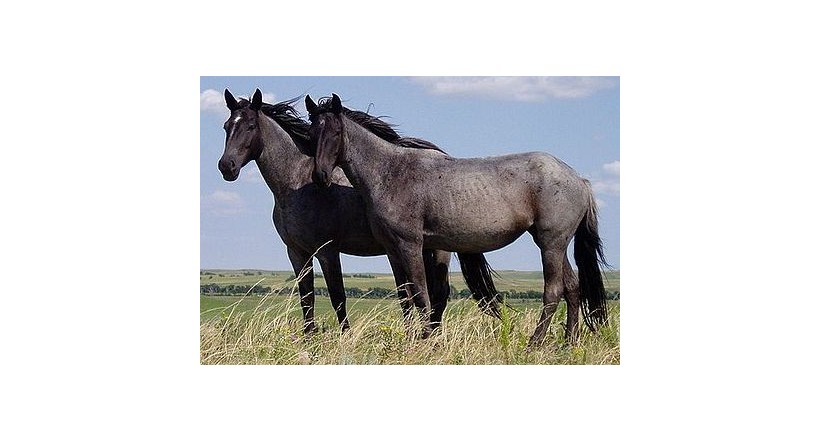 The horse is single and collected by horses, it is a lone hoof mammal , from the equine family, used for riding and traction. Horses have multiple types, which vary greatly in shape, size, speed, and stamina, among them: the Arabian horse and the original hybrid horse between the Arabic and English and dedicated to Flat Racing , the most famous in the world and the barbarian horse .

Horses have many colors, and the most famous colors are dun, blond, red, hazel, black, meteor, and white. Among the characteristics of the beauty and merits of horses is the presence of partridges (albedo over the hoof), as well as the rook (whiteness in the front), the capacity of the eyes and the nostrils, the breadth of the forehead, the straightness of the legs, the straightness of the legs, the curvature of the neck, the strength of the muscles and the tightness of the waist. The horse has 32 pairs of chromosomes. While human has 23 pairs.

Man has known the horse since the Stone Age, and historians have relied on its appearance and the period of its identification with respect to the rock paintings that recorded pictures of horses. Horses were brought from Asia by the Bedouins, where they are believed to be the first to domesticate them, then they were transported to China, Asia Minor, Europe, Syria, Arab countries and Egypt , and among the peoples that were famous for that Amazighs in Libya . The acquisition of and interest in horses in the past is considered a manifestation of strength, prestige and power, and the horse had an important role in the life of the Arabs. However, it was not possible to tame the horse in the old man until he was able to devise some tools, including useful and wonderful fishing tools.