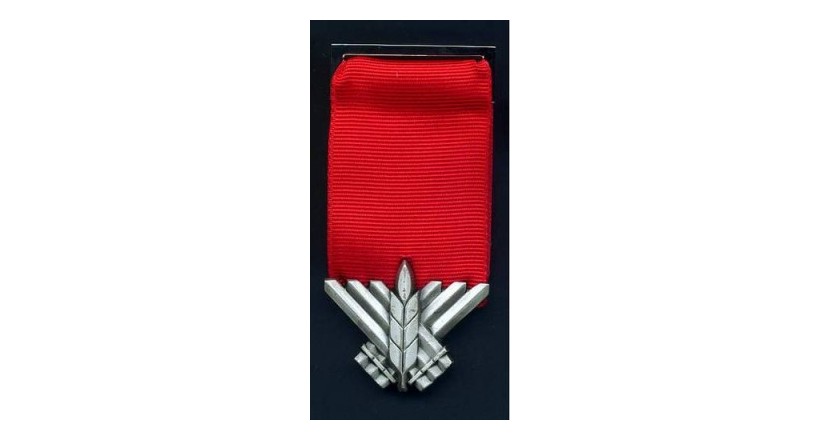 The Medal of Courage is an Israeli military decoration. The medal is awarded for carrying out acts of gallantry at the risk of life, during combat duty. The medal was established in 1970 (though it has been given retroactively) by act of law in the Knesset.

The medal was designed by Dan Reisinger, on the obverse there are six crossed swords and between them an olive branch. the reverse is the same.

The medal is attached to a red ribbon symbolizing the fire and blood in battle. Officially, two time recipients of the medal wear a small clasp in the form of the medal on its ribbon. In practice, Rav Aluf Amnon Lipkin-Shahak (the only person to be awarded the medal twice whilst still alive) wore two ribbons.

The medal is minted by the Israel Government Coins and Medals Corporation, is made of 25 gram silver/935 and the clasp is chrome plated metal.