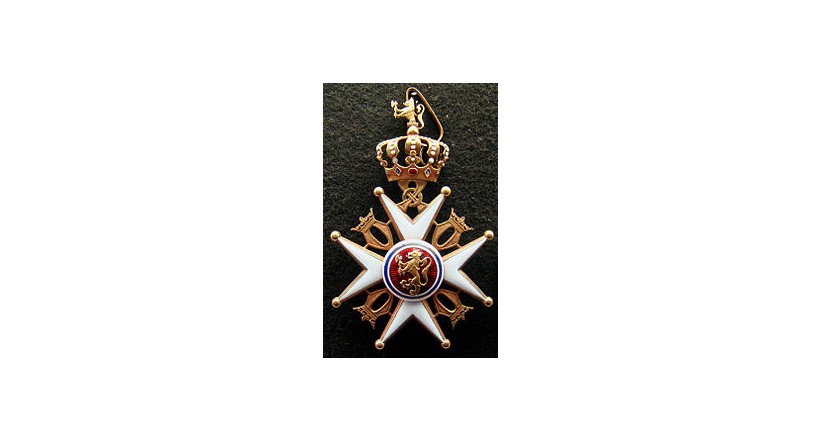 The Royal Norwegian Order of Saint Olav (Norwegian: Den Kongelige Norske Sankt Olavs Orden; or Sanct Olafs Orden, the old Norwegian name) is a Norwegian order of chivalry instituted by King Oscar I on 21 August 1847. It is named after King Olav II, known to posterity as St. Olav.

Just before the union with Sweden was dissolved in 1905, the Order of the Norwegian Lion was instituted in 1904 by King Oscar II, but no appointments were awarded by his successor, King Haakon VII. The Order of St. Olav thus became the kingdom's only order of chivalry for the next 80 years. The Grand Master of the order is the reigning monarch of Norway. It is used to reward individuals for remarkable accomplishments on behalf of the country and humanity. Since 1985, appointments to the order has only been conferred upon Norwegian citizens, though foreign heads of state and royalty may be appointed as a matter of courtesy.