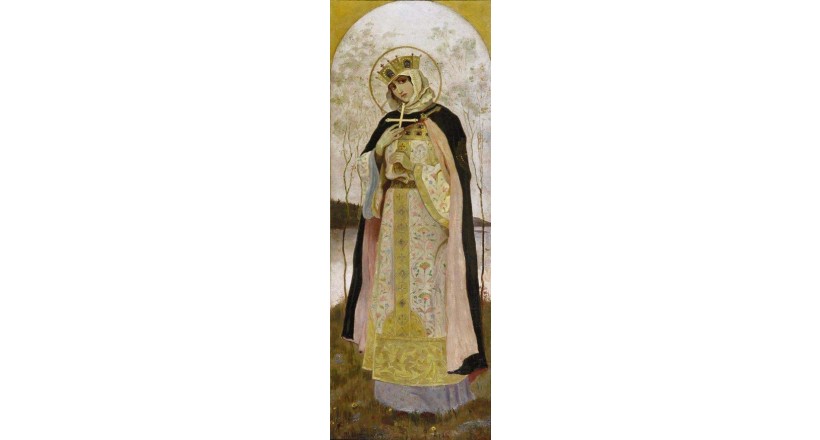 Princess Olga is the Princess of Kiev Kiev . She began ruling in the year 945 after her husband Igor died.

Princess Olga assumed power in Kiev after the assassination of her husband Igor Ben Rorik in 945, and a guardian of her 3-year-old son Svyatoslav the legal heir. Svyatlav did not care, when he reached the age of majority, to run state affairs in Kiev, where he remained preoccupied with military campaigns outside the country. So the actual ruling remained in the hands of Princess Olga.

No one knew where Princess Olga was from, nor did she know her birth date. And some historical books say that Prince Igor found his wife Olga in the city of Pskov (northwestern Russia). While some Bulgarian sources indicate that he brought his wife Olga from the Bulgarian city of Pleskov . Whereas its name indicates its Scandinavian origin.

Olga's rule marked her revenge on the Derivian tribe for killing her husband, Igor.

And the books of the ancient Russian times remember that Olga took revenge on the Drefliyan 4 times, when she first ordered the burial of their ambassadors alive, and secondly, two men were burned in the fire of the pigeons who were planning to marry her, and thirdly they burned their capital, the city of Askorustin. One of the most remarkable achievements of her rule is the tax collection system applied by Princess Olga.

The prominent Russian historian Sergei Solovyov (nineteenth century) believes that the effects of her administrative and economic activity were not only demonstrated in the Novgorod and Kiev Emirates, but also in all other Russian Emirates.