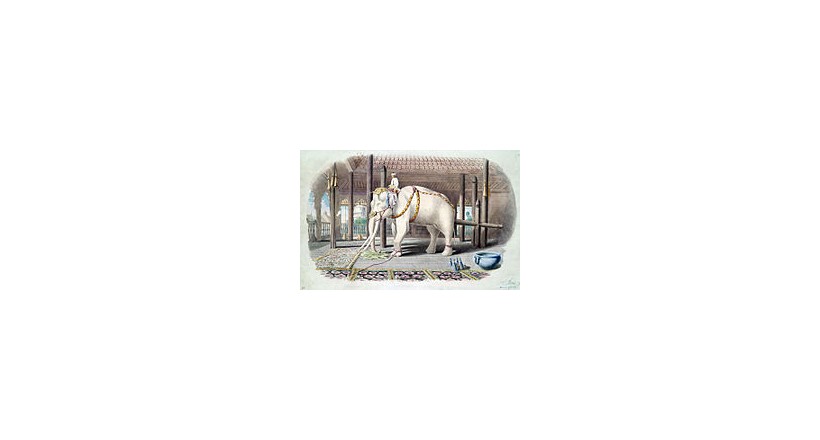 A white elephant is a possession which its owner cannot dispose of and whose cost, particularly that of maintenance, is out of proportion to its usefulness. In modern usage, it is an object, building project, scheme, business venture, facility, etc., considered expensive but without use or valueThe term derives from the sacred white elephants kept by Southeast Asian monarchs in Burma, Thailand, Laos and Cambodia. To possess a white elephant was regarded (and is still regarded in Thailand and Burma) as a sign that the monarch reigned with justice and power, and that the kingdom was blessed with peace and prosperity. The opulence expected of anyone that owned a beast of such stature was great. Monarchs often exemplified their possession of white elephants in their formal titles (e.g., Hsinbyushin, lit. "Lord of the White Elephant" and the third monarch of the Konbaung dynasty). Because the animals were considered sacred and laws protected them from labor, receiving a gift of a white elephant from a monarch was simultaneously a blessing and a curse. It was a blessing because the animal was sacred and a sign of the monarch's favour, and a curse because the recipient now had an expensive-to-maintain animal he could not give away and could not put to much practical use.

In the West, the term "white elephant" relating to an expensive burden that fails to meet expectations, was first used in the 1600s and became widespread in the 1800s. According to one source it was popularized following P. T. Barnum's experience with an elephant named Toung Taloung that he billed as the "Sacred White Elephant of Burma". After much effort and great expense, Barnum finally acquired the animal from the King of Siam only to discover that his "white elephant" was actually dirty grey in color with a few pink spots.