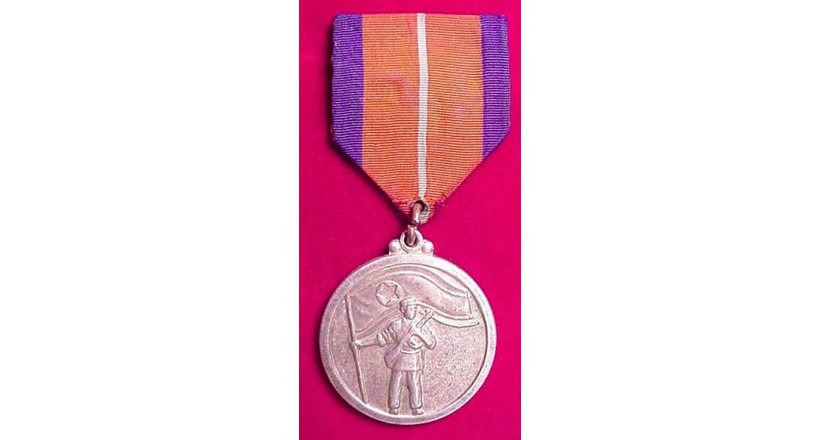 The award system of the Democratic People's Republic of Korea (North Korea) was initially created less than one month after the foundation of the Republic. During the years of Japanese Occupation of North Korea, many of the future leaders fled to the Soviet Union. During World War II many if not close to all party leaders and KPA commanders served in the Soviet Army and as such adopted many of the Soviet Awards criteria for their own. During the late 1940s and until the Sino-Soviet Split in late 1958, orders and titles were made in the Soviet Money Mints in Moscow or Leningrad. Soviet made awards were modeled after Soviet orders and made of sterling silver. Initially the Orders were attached to clothing with a screw-plate, but after Soviet production stopped, production was moved to North Korea. The screwback was replaced with a pin and the silver content was replaced with cheap tin. With the exception of a few examples of modern orders, Soviet and Czech KPA awards are the most sought after in current militaria markets.