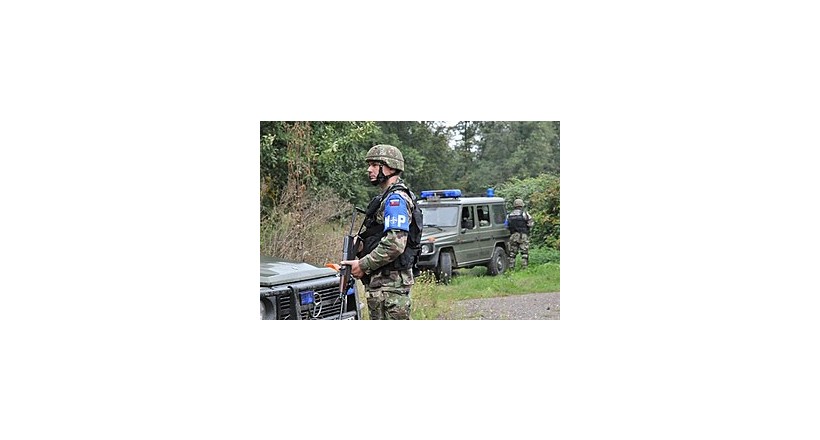 Military police (MP) are law enforcement agencies connected with, or part of, the military of a state.

In different countries it may refer to:

A section of the military responsible for policing in both the armed forces and in the civilian population (most gendarmeries, such as the French Gendarmerie)

The preventive police forces of each Brazilian state (Polícia Militar), responsible for policing the civilian population, which become auxiliary forces of the Brazilian Army

The status of military police is usually prominently displayed on the helmet and/or on an armband, brassard, or arm or shoulder flash. In the Second World War, the military police of the German Army used a metal gorget as an emblem.