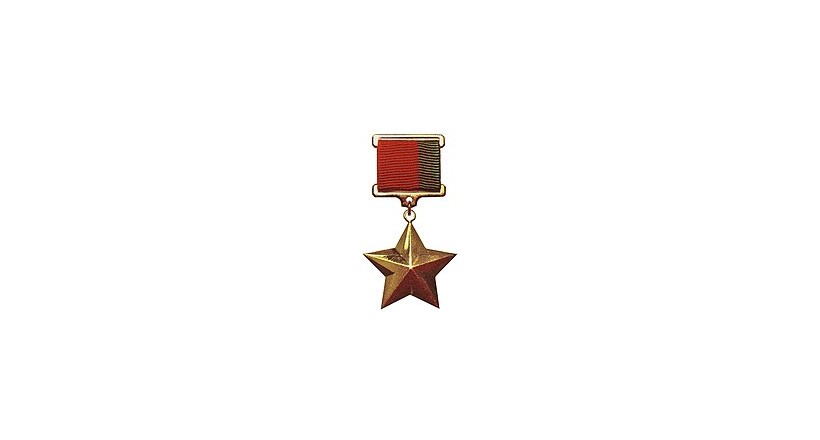 Hero of Belarus (Belarusian: Герой Беларусі, Łacinka Hieroj Biełarusi; Russian: Герой Беларуси, romanized: Geroj Belarusi) is the highest title that can be bestowed on a citizen of Belarus. The title is awarded to those "who perform great deeds in the name of freedom, independence and prosperity of the Republic of Belarus". The deed can be for military performance, economic performance or great service to the State and society. The design of the medal is similar to that of its predecessor, Hero of the Soviet Union. Similar titles to the Hero of Belarus include the Hero of the Russian Federation, Hero of Ukraine, and Hero of Uzbekistan. Since its creation, the title has been awarded to eleven people.